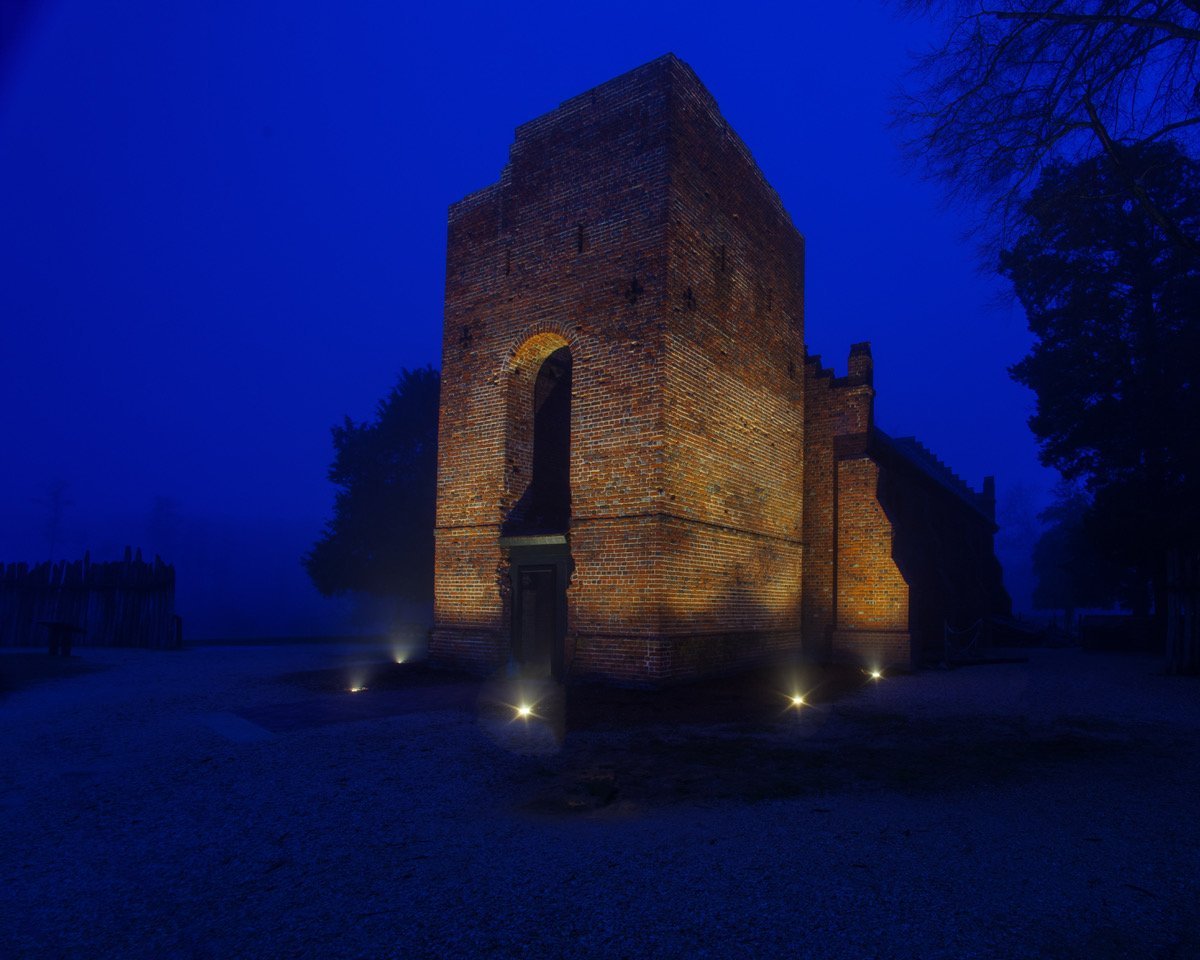 Since the 19th century, the historic Church Tower has been a lasting symbol of Jamestown Island. Constructed around 1680, the Tower is the only 17th-century building to remain standing above ground on the island. When the Association for the Preservation of Virginia Antiquities (APVA) bought part of Jamestown Island in 1893, their explicit goal was to protect the ruined Tower, as the last piece of the Jamestown colony. Many of the bricks have been etched with initials, some dating back to the early 1800s, signifiers of centuries of visitors to the island. These same bricks show evidence of generations of wind and rain, wearing—but not destroying—this edifice. Over the years, the Tower has become a shorthand both for Jamestown, and for the first seeds of the future United States.

What is not visible on the walls of the tower are the collected efforts of the enslaved Africans and African Americans who actually constructed the building. Their work was not recorded in the mainstream history of Jamestown, nor acknowledged by the leaders of the colony. The limited documents we have today discussing the Tower reference only the cost of the building, not the people who made it. Nevertheless, the building itself stands as a testament to the enslaved individuals whose labor was integral to its construction.

One of the hand-shaped bricks on the corner of the iconic Tower. This brick was rubbed down by enslaved hands on a stone to create a finished corner.

The first Africans at Jamestown arrived in 1619. This was not immigration; these Africans were forcibly brought from Angola to North America. Their original destination was Mexico, to provide enslaved labor for the growing Spanish Empire. The slave ship they were on, the San Juan Bautista, was intercepted by two English privateers, the Treasurer and the White Lion. When the San Juan Bautista was disabled, the privateers seized several of the Africans onboard and sailed to Virginia. While there was no system of slavery established in England at the time, the privateers did not free the Africans. Instead, they sold them to prominent men at Jamestown, continuing their bondage.

1619 was the start, but not the end, of African enslavement in English North America. Over the next 60 years, the General Assembly passed several laws codifying and solidifying a system of African and African-American slavery in Virginia. The Church Tower and as-yet undiscovered buildings on the Jamestown landscape stand as silent witnesses to 246 years of race-based enslavement.

As archaeologists, we often remind visitors that while we study the past, we do not live in it. By focusing the archaeology on the evidence and lives of first Africans, we recognize and honor the role they played at Jamestown and in our nation’s history. Jamestown is more than just an English colony; it was a place where the lives of diverse peoples intersected across often contentious landscapes.

A quarter century of excavations on Jamestown Island has revealed a diverse past that we have become disconnected with as a nation. This past has always existed; it is encoded in the artifacts—like the iconic Jamestown Church Tower—that speak to our nation’s entangled history. Archaeologists at Jamestown and other historic sites in the mid-Atlantic region are committed to illuminating the hidden figures whose impacts on the United States are finally being recognized.

This Juneteenth, the Jamestown team is proud to rediscover and acknowledge the lives, actions, and agency of the First Peoples, First Africans, and English who collided in a 1.5-acre triangle on a small island in the James River in Virginia over 400 years ago. 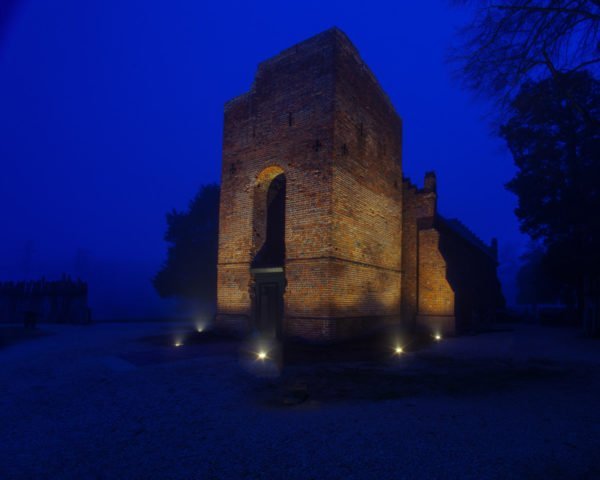 The iconic Jamestown Church Tower illuminated 400 years after the forcible arrival of the First Angolans in 1619.