We recovered some interesting finds while recently monitoring for archaeological sites during the installation of a new phone line at Smith’s Fort, including what looks like two post hole features and a possible trash pit. 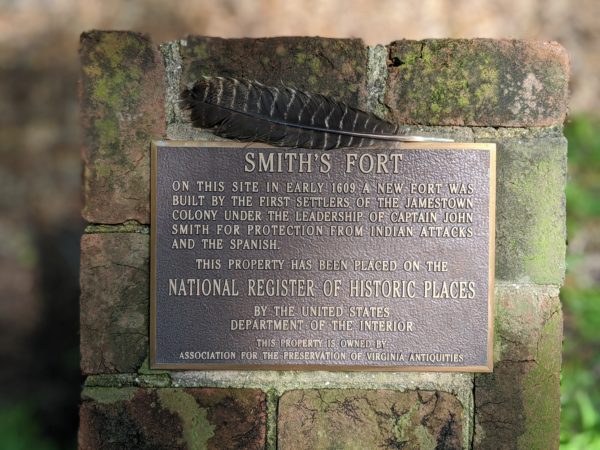 Artifacts found included wine bottle glass, nails, oyster shell, fauna remains, brick and mortar fragments, and a pipe stem fragment. We also found what is most likely a prehistoric pottery shard; however, there is a slight chance it could be Colonoware. 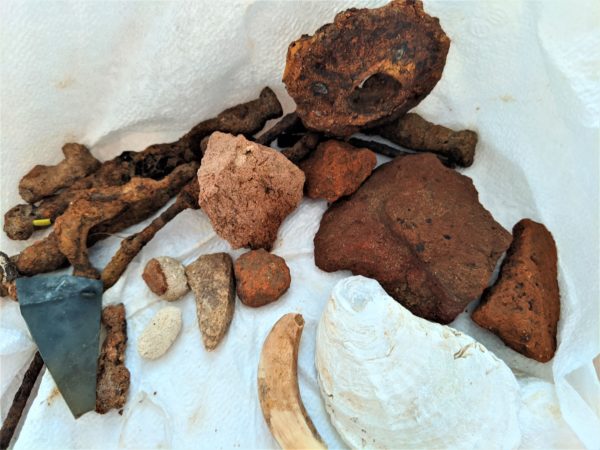 Smith’s fort, located in Surry County directly across the James River from Jamestown, was the site of Captain John Smith’s “New Fort”. The fort was built in 1609 but was abandoned before being completed. The fort site still has earthworks that mark the spot of the unfinished fort. 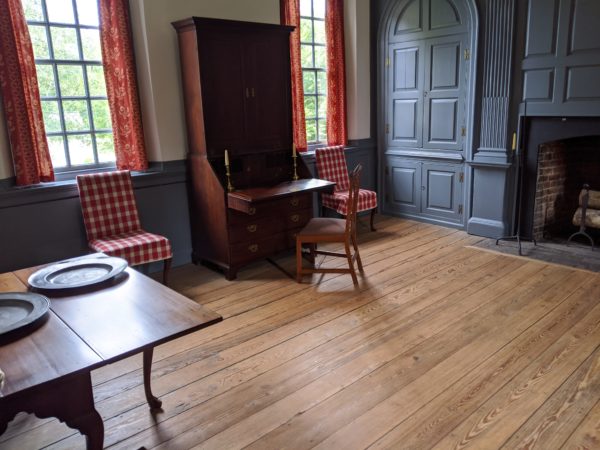 Archaeologist Ivor Noel Hume suggested that John Smith’s description of the fort as a “retreat” likely indicates that the fort was a refuge spot for trading parties. The same land was later given by Chief Wahunsenacawh (Powhatan) to John Rolfe as a dowry when he and Pocahontas married. 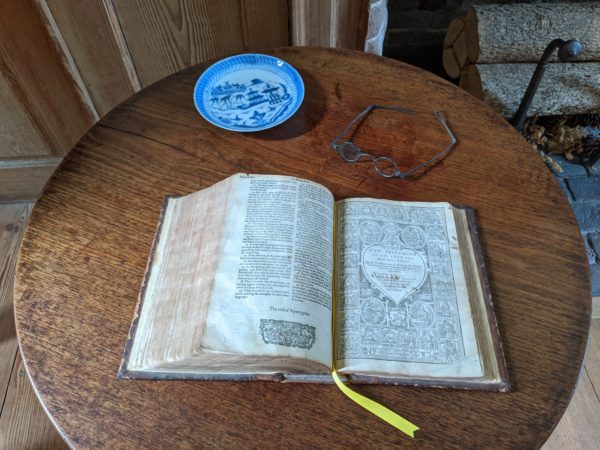 Also located on the site is a manor house built for Jacob Faulcon in ca. 1760. The one- and a-half story brick house retains much of its original, refined woodwork and is open to the public. 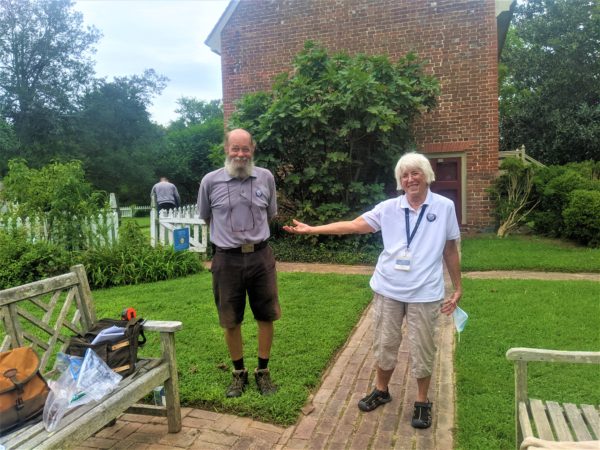 Smith’s Fort is an amazing property with (at least) two historic components: the fort site and the manor house. The minimal archaeological work completed at the site to date, including the work recently done for the telephone line, has revealed that a number of previous structures existed on the property. More investigations are necessary to discover what exactly occurred at this amazing property.