This week should be the Garden Club of Virginia’s annual Historic Garden Week. This one promised to be spectacular, as the Garden Club of Virginia commemorates its centennial in 2020. Since 1927, proceeds from Historic Garden Week have gone to fund garden restoration projects throughout the Commonwealth. Unfortunately, this year, like everything else, the event was cancelled due to the COVID-19 Coronavirus. This is only the second time since the event began that Historic Garden Week’s events have been cancelled, and last time it was for World War II. In solidarity, we are taking a look back at the project they funded to discover and restore the ”oldest English formal garden in North America.” 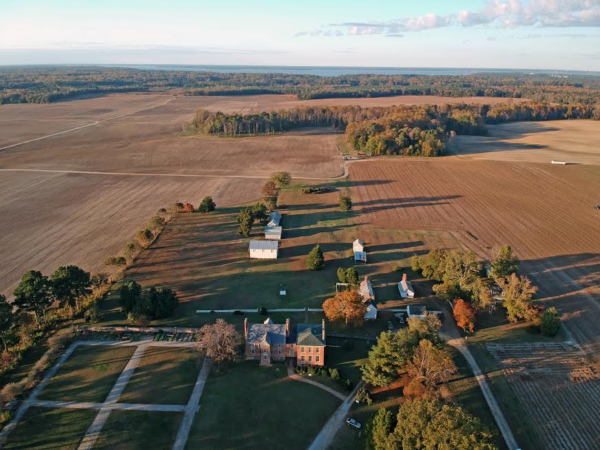 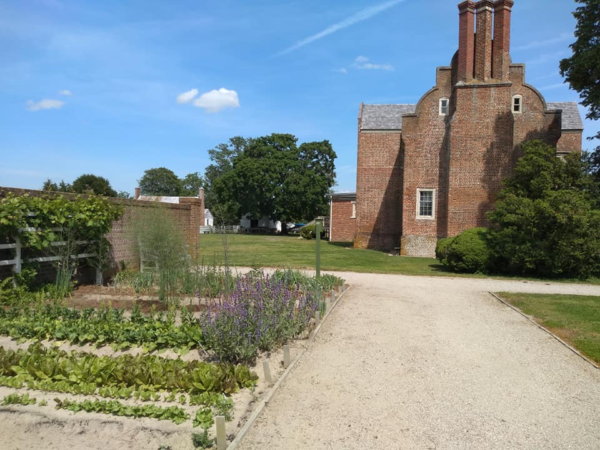 In 1983 the Garden Club of Virginia provided the resources necessary for research and archaeology to discover the largest documented 17th century garden in North America at Bacon’s Castle. The discovery changed our understanding of the history of landscape gardening in America.

Prior to discovering Bacon’s Castle’s garden, scholars believed that Virginia’s formal garden history began with the 18th century and all earlier gardens were thought to have been utilitarian. But, the archaeological evidence at Bacon’s Castle indicated a very large garden of a “formal English Renaissance design”, with alcoves, known as exedras on the west side, a brick warming wall to the north and a two-story structure for gardening and storage, east of the garden. 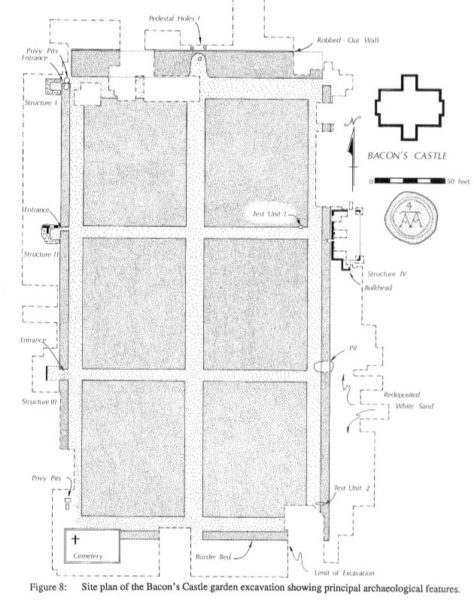 The Garden Club of Virginia had not intended to uncover such a remarkable find. They had originally been asked by the APVA(now Preservation Virginia) to fund an archaeological study to determine the position of a 19th century garden and then help with its restoration. 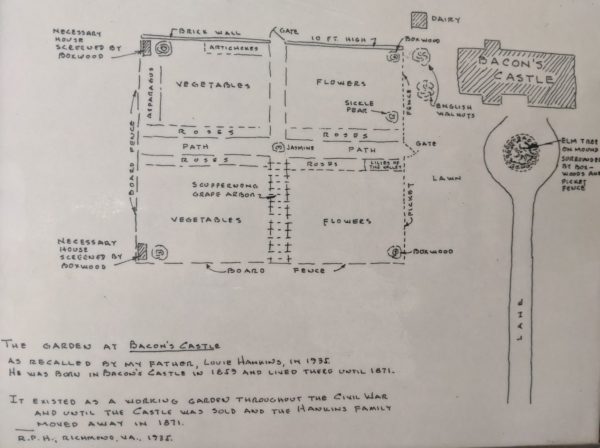 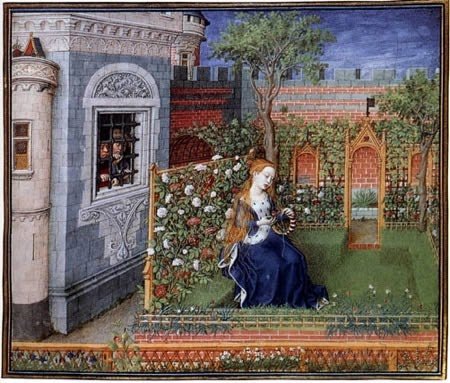 Giovanni Boccaccio: Emilia in the Rosegarden, c. 1460. Example of an exedra

In the Bacon’s Castle Garden, there were footprints of structures at the west ends of the crosswalks. Archaeologist, Nick Luccketti, is certain that these were exedras, or walled spaces, sometimes roofed, with turf seats. Common in the early English and European gardens, they had not been found in 17th century American gardens.

Today, the garden squares are turf and the forcing wall and border beds are planted with herbs, vegetables and flowers that represent Virginia’s horticultural history. The turfed beds are perfect for special events and we hope that some time soon, visitors will be back to take advantage of the peaceful surroundings found in our 17th century formal garden.