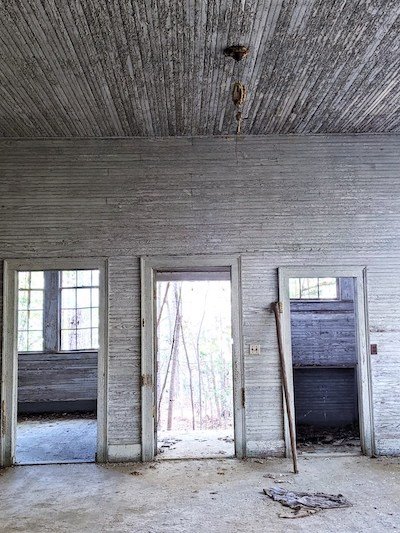 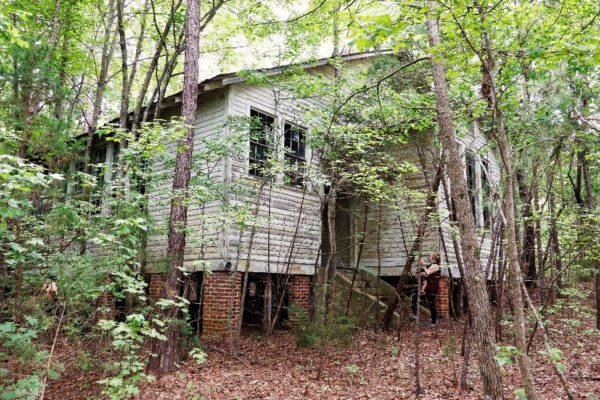 The Rosenwald School Program was created by Booker T. Washington of the Tuskegee Institute and Julius Rosenwald, philanthropist and president of Sears Roebuck. Over 5,000 state-of-the art schools for African-American children across the South were constructed through the effort, which has been called the most important initiative to advance black education in the early 20th century. 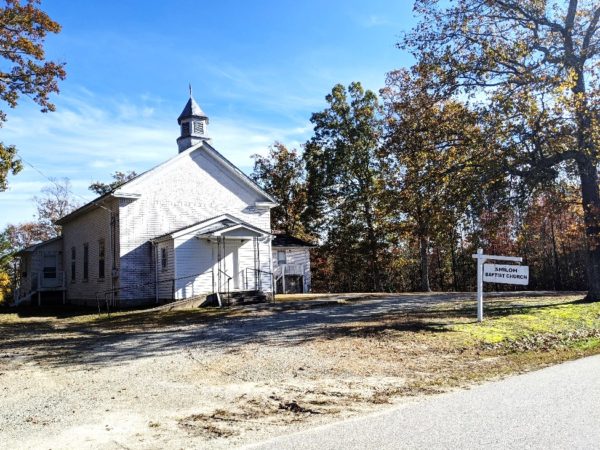 Luckily, we were able to get in touch with the owner of the Shiloh School, Alayna Whitten, who lives in Newark, New Jersey. Alayna explained to us that her great-grandfather, Cornelius Evans, donated the land for the school in the 1920s. Several of Cornelius and his wife Sylvania’s children, including Daisy Evans Jefferies, Alayna’s Grandmother, moved to New Jersey during the Great Migration, which was the movement of 6 million African Americans out of the rural Southern United States to the urban Northeast, Midwest and West that occurred between 1916 and 1970.

With Alayna’s permission, we visited the Shiloh School in order to document it for future generations. 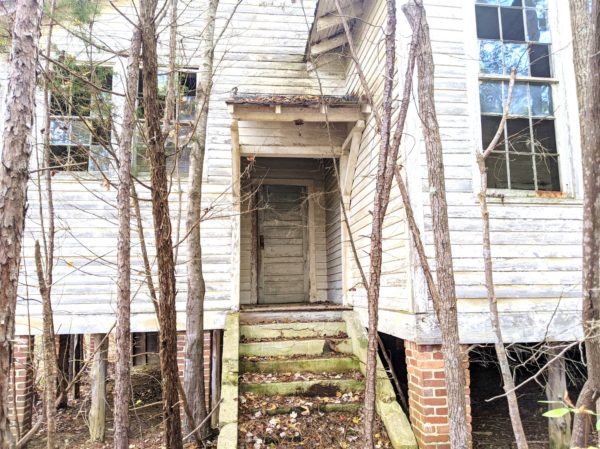 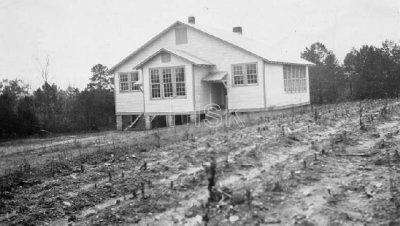 This historic photograph of the Shiloh School shows two entrances on either side of an extended front industrial room. Image from the collection of Fisk University. © 2001 Fisk University. All Rights Reserved. 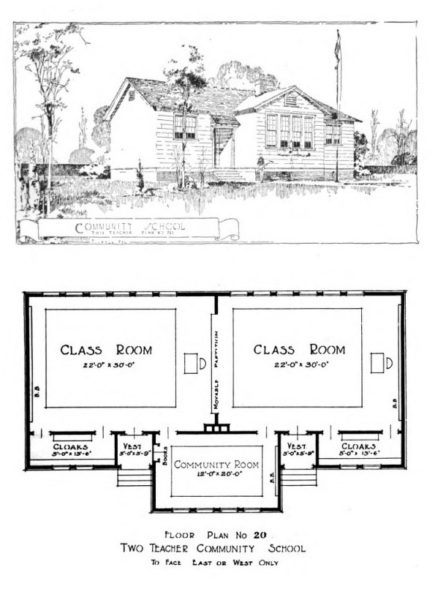 The Shiloh School was built using the Two-Teacher Community School Plan. The early Rosenwald schools were designed by architects from Tuskegee University. The blueprints were carefully designed with specifications to allow the maximum amount of light and air in the classrooms. Classrooms had removable dividers, so the building could be used for community gatherings. The Tuskegee architects created a variety of plans for one, two, three, four and five room schools. The plans were so popular that other schoolhouses, including those for white children, were built according to the Tuskegee Community School Plans. 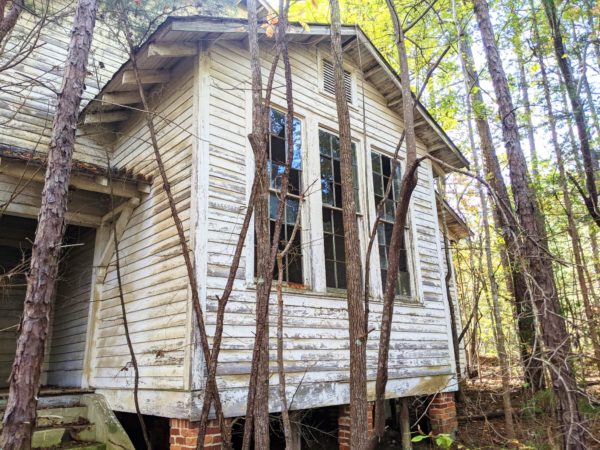 The industrial room extends from front façade between the two entrances. 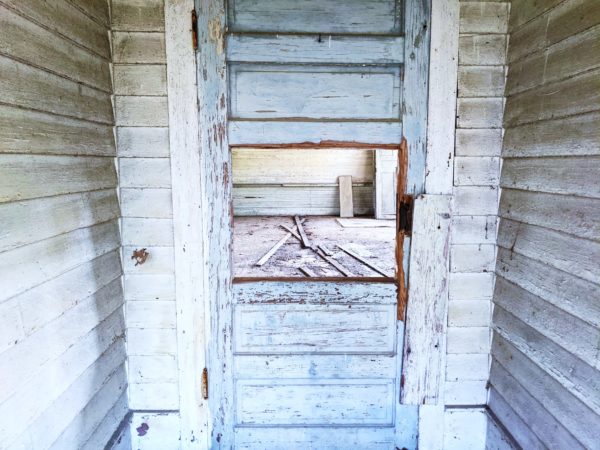 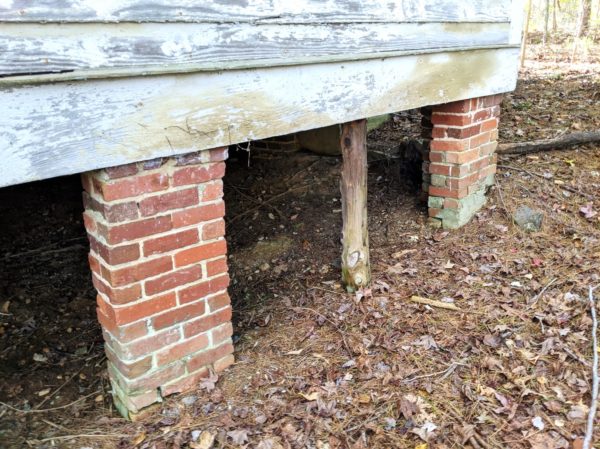 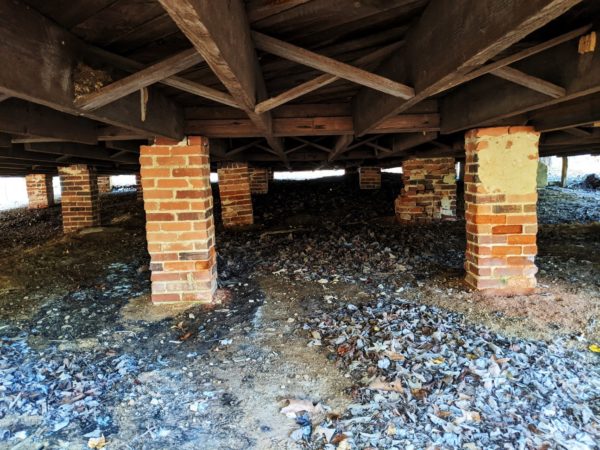 The Shiloh School sits on brick piers, but cedar posts also exist along the exterior, likely for additional support. 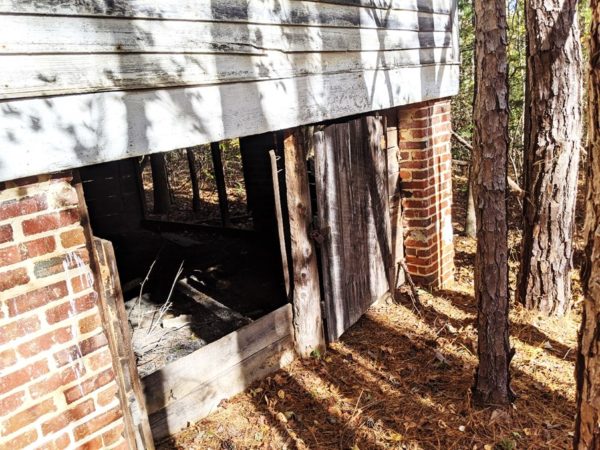 Coal storage in space under the school.

Even though some of the interior elements of the school, like the chalkboards and the partition doors, are missing, the school is in surprisingly good shape. The water pump and even the outhouse are still standing. 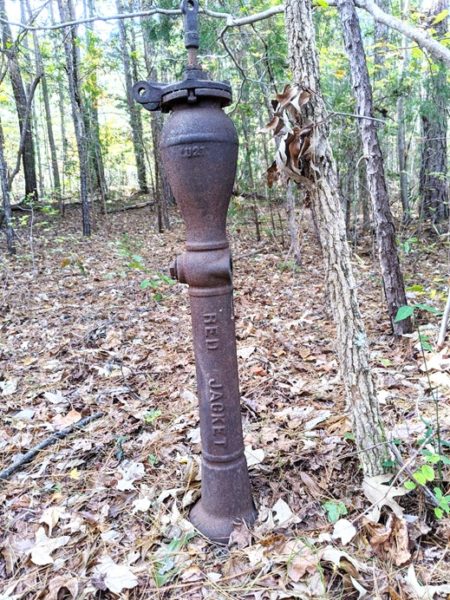 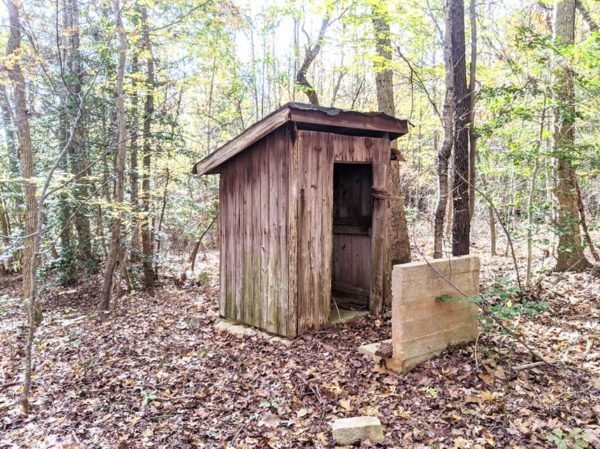 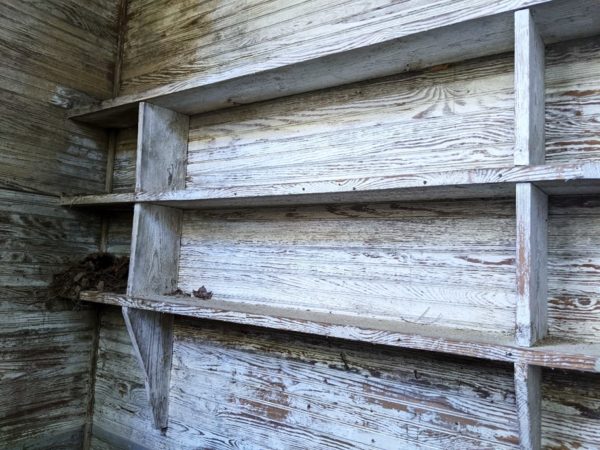 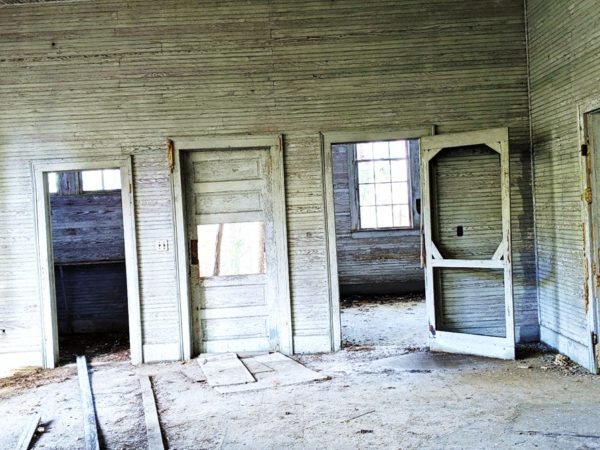 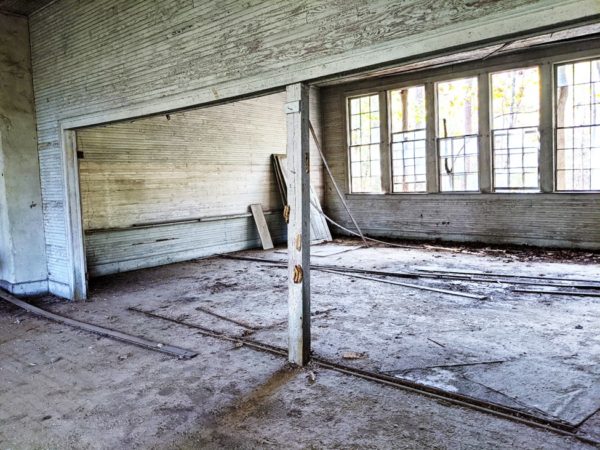 Interior views of the two classrooms separated by a partition. The schools did not usually have electricity, so large banks of windows were built to allow as much natural light as possible. 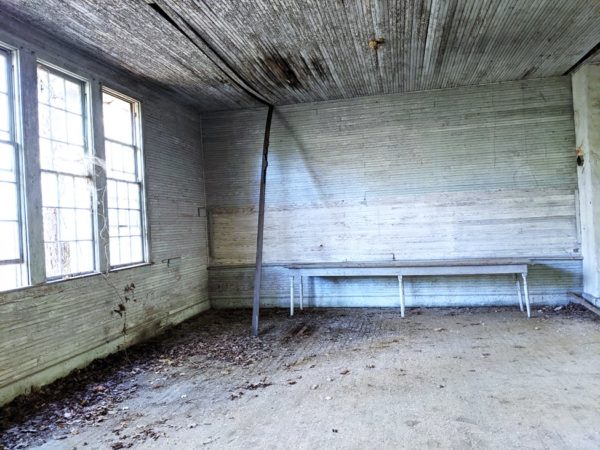 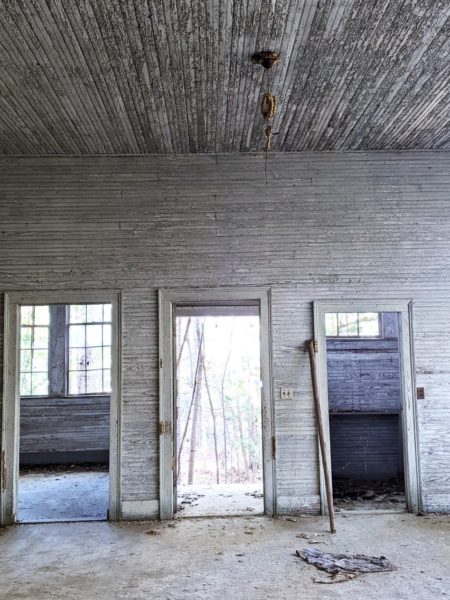 David Rainey, who has assisted Preservation Virginia a great deal with information about Mecklenburg County’s early black schools, pointed out that a table still inside the Shiloh School looks similar to a table in The Negro Rural School and its Relation to the Community, a brochure issued in 1915 by the Tuskegee Institute Extension Department. 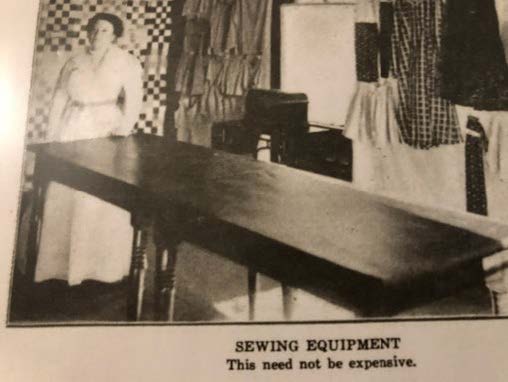 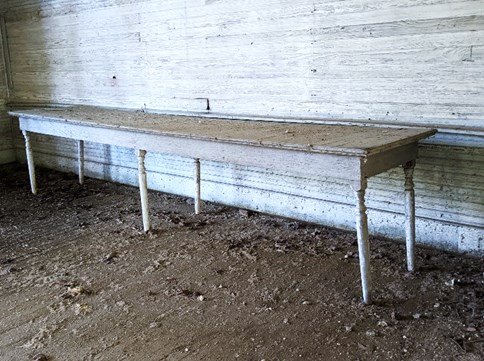 Now that the Shiloh School has been identified and is indeed still standing, we’ll update our map of Rosenwald Schools in Virginia and will create an entry in the Virginia Department of Historic Resource’s database VCRIS (Virginia Cultural Resource Information System).

Information on Rosenwald Schools can also be found at the National Trust for Historic Preservation’s website at https://www.arcgis.com/apps/Cascade/index.html?appid=7541c163fb20486598969c7acb559663