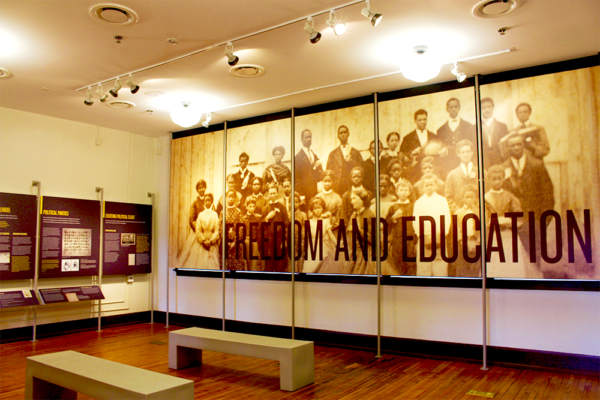 Join Preservation Virginia as we bring together the Virginia Rosenwald School Network and other advocacy and history groups for an in-depth look at the state of Virginia’s historic African American resources. Expanding on our annual Rosenwald School Network Meeting, we have partnered with the African American Cultural Resources (AACR) Task Force, Virginia Humanities, and the Virginia Department of Historic Resources to unite efforts under a broader, shared goal to recognize, research, preserve and advocate for historic African American resources at all levels and in all sectors.

“The Angela Site: An Archaeological Study of Race, Inequality, and Community in Early Jamestown”

David Givens, director of archaeology for Historic Jamestowne, will discuss ongoing archaeological work at the site relating to African American history. Such work includes the excavation of Captain William Pierce’s property where one of the first Africans who arrived in Colonial America, named “Angelo” (Angela), lived and worked.

Panel discussions and individual sessions will follow, presented by local, regional, and statewide agencies, non-profits, and individuals who are engaged in work with historic African American resources, including:

This event was made possible with support from the Jessie Ball duPont Fund, the General Assembly African American Cultural Resources Task Force and the Virginia Outdoors Foundation.

Photos and/or video may be taken during the event. By registering, you grant Preservation Virginia permission to use photographs and/or video of you for marketing purposes.