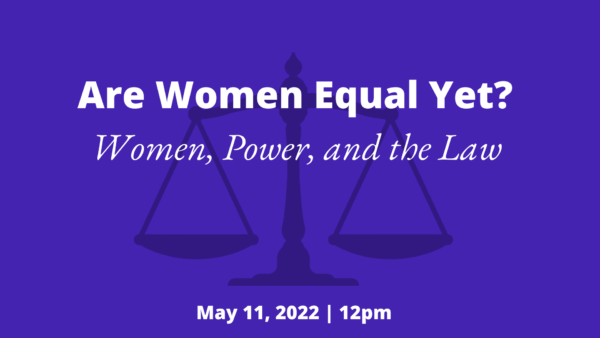 Chief Justice John Marshall helped create the federal judiciary during his 34-years working in the U.S. Supreme Court (1801-1834). He set forth many precedents for our court system, but never would have imagined women participating in them. Nonetheless, generations of women have shaped and been shaped by the judicial branch. Join Preservation Virginia’s John Marshall House as we explore the range of relationships that American women have had with the law. Speaking on the positionality of women and the law from Chief Justice Marshall’s lifetime to today, this webinar will features the following panelists:
Admission to Are Women Equal Yet?: Women, Power, and the Law is free, though advanced sign-up for this webinar is required via the link below:
END_OF_DOCUMENT_TOKEN_TO_BE_REPLACED