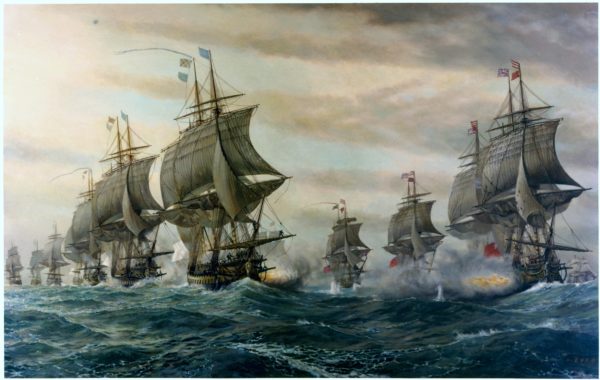 The Battle of the Capes was the largest and most decisive naval battle during the Revolutionary War. It happened in the Chesapeake Bay between two capes: Cape Charles and Cape Henry. Visit Cape Henry Lighthouse September 7 to learn about the importance of this battle, what went wrong for the British and how it ultimately ended the Revolutionary War.

A major reason for the British defeat was confusion over signal flags, which were a way that ships communicated during this time. During the dune talks, you’ll have an opportunity to learn about the different types of signal flags that were used and their meanings.