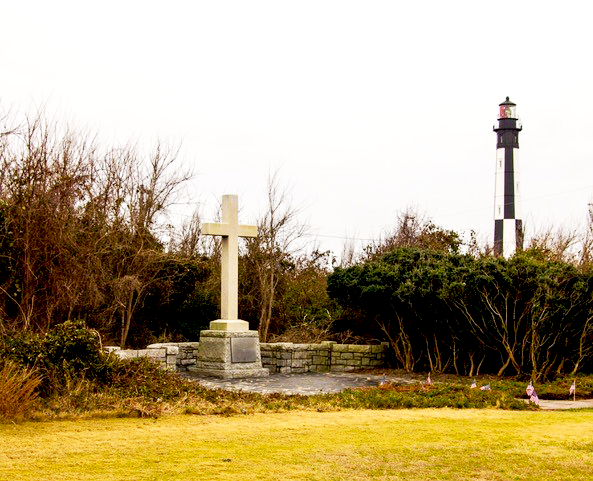 Visit Cape Henry Lighthouse April 26 for First Landing Day. Our historic interpreters will be hosting walking tours and dune talks focused on the 1607 arrival of English settlers to Cape Henry.

Be sure to also stop by the Cape Henry Memorial, a part of the Colonial National Historical Park, to speak with a National Park Service Ranger about this historic event and see the granite First Landing cross, a marker placed by the Daughters of the American Colonies to commemorate the first landing and original wooden cross placed by the settlers.

History of the First Landing at Cape Henry

The First Landing took place at Cape Henry on April 26, 1607. After three months at sea, 105 English settlers arrived and named the area Cape Henry, after Prince Henry. The area where the settlers first arrived is also presently known as “First Landing.”

A wooden cross was placed on the beach as the English gave thanks for their safety. Two weeks after their arrival, they continued their voyage and eventually established the first English settlement, Jamestown in May of 1607.