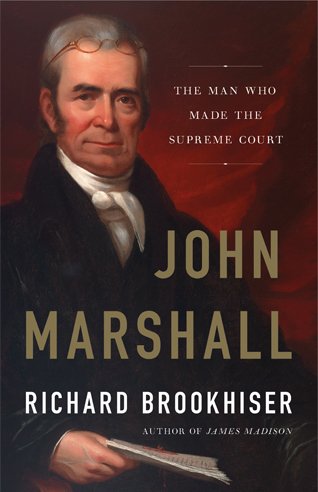 In 1801, a genial and brilliant Revolutionary War veteran and politician became the fourth Chief Justice of the United States. He would hold the post for thirty-four years (still a record), expounding the Constitution he loved. Before he joined the Court, it was the weakling of the federal government, lacking in dignity and clout. After he died, it could never be ignored again. Through three decades of dramatic cases involving businessmen, scoundrels, Native Americans, and slaves, Marshall defended the federal government against unruly states, established the Supreme Court’s right to rebuke Congress or the president, and unleashed the power of American commerce.

For better and for worse, he made the Supreme Court a pillar of American life. In John Marshall: The Man Who Made the Supreme Court, award-winning biographer Richard Brookhiser vividly chronicles America’s greatest judge and the world he made. In this lecture, he will discuss Marshall’s landmark court decisions and his legacy today.

Richard Brookhiser is a senior editor of National Reviewand the author of twelve previous books, including Founder’s Son: A Life of Abraham Lincoln; James Madison; and John Marshall: The Man Who Made the Supreme Court.

This program is made possible by the generous support of the Roller-Bottimore Foundation and is co-sponsored by Preservation Virginia and the John Marshall Foundation and is free to our members. General admission is $10.