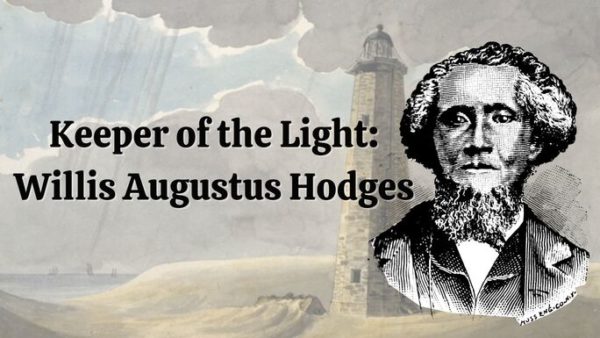 Keeper of the Light: Willis Augustus Hodges…“and for myself, I have ever striven to be found upon the side of freedom and justice.”

Willis Augustus Hodges (1815-1890) served as the keeper of the Cape Henry Lighthouse for just over two months during the summer of 1870. However, his impact reached far beyond the lighthouse.

The path Hodges took to become Cape Henry’s first African American lighthouse keeper brought him to New York and back to Virginia. He crossed paths with the noted abolitionist John Brown, guided individuals on their escape from slavery through the Underground Railroad, and won multiple elected positions. Through his own writings, Hodges detailed the daily life in the Virginia Beach area for free Black people as well as the acts of resistance that he and many others waged before and after the abolition of slavery.

This virtual program is free, though a suggested donation of $10 is appreciated.