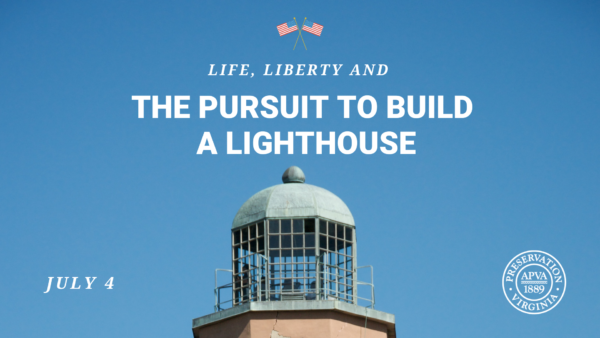 A lighthouse at Cape Henry was necessary long before one was actually built. The Chesapeake Bay is the northern most point of the Grave Yard of the Atlantic and dangerous to navigate. During the colonial period, merchants and sailors were fearful to travel the bay during the night or storms.

In order for our iconic lighthouse to be built, a newly formed United States government with help from President George Washington, who authorized the lighthouse’s construction, was required. Visit the Cape Henry Lighthouse on July 4 for dune talks and walking tours that will explore the important role our Founding Fathers had in the construction of Cape Henry Lighthouse.