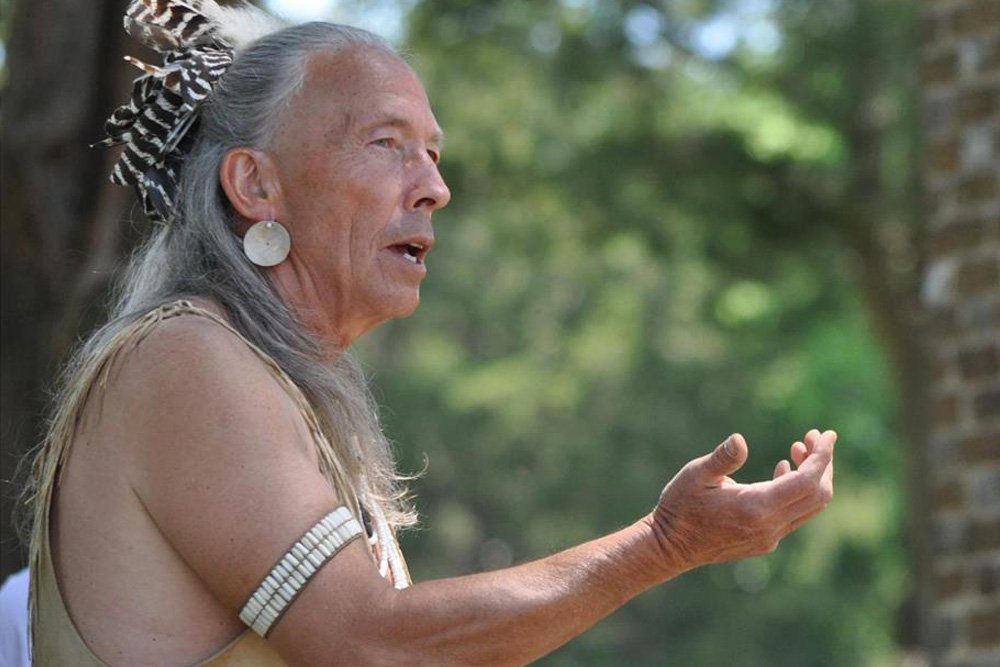 This November, commemorate Native American Heritage Month by learning more about the complicated and intertwined story of the people who have made Virginia home.

Every year on the first Sunday of November, Berkeley Plantation hosts the Virginia Thanksgiving Festival. This annual tradition dates back to 1619 when Captain John Woodlief and his crew of thirty-five men landed on the shores of the James River.

The Pocahontas Reframed: Storytellers Film Festival stems from a passion and desire for indigenous languages, cultures, and societies to thrive. The Festival strives to bring together artists, authors, filmmakers, and actors willing to share, teach, and explain their creativity and history. The Festival includes Native American-affiliated classic and recently released films that have been official selections of world-renowned festivals including the Sundance Film Festival, the AIFF San Francisco, and the Toronto International Film Festival.

Open weekends in November, the Pamunkey Indian Museum and Cultural Center is located on the tribe’s reservation and shares artifacts and history of the Pamunkey Tribe.

Based on the Brown-Johnston site from 1970, Wolf Creek Indian Village is a reconstructed Native American Village. The original site carbon dated somewhere between 1480-1520. Using the archaeology map, they have recreated the village as to what it may have looked like and is open Monday through Saturday.

Open by appointment only, the Monacan Indian Ancestral Museum centers around Bear Mountain in Amherst County. At this site, a log cabin was built in the late 1870s and used as a church for the Indian people. Later, it functioned as a school. Today, the log cabin is a recognized National Historic Landmark.