Recognizing the lack of programs to protect Virginia’s historic rural and agricultural resources, Preservation Virginia launched the Tobacco Barns Preservation Program in 2012. The program was intended to raise awareness of Virginia’s rural history, specifically the rich tobacco history of Southside Virginia, by helping to protect one of its most iconic symbols―tobacco barns. Unfortunately, hundreds of tobacco barns have been demolished due to lack of use, and many that remain are slowly eroding into the landscape due to neglect.

Ask anyone over the age of 40 who grew up in the Southside region of Virginia, and they will share a personal experience of the process of growing and curing tobacco. Because of the family-oriented nature and inclusiveness of tobacco farming, people of all ages and socioeconomic backgrounds, as well as people not typically involved in historic preservation, including farmers, have been supportive and have participated in the tobacco barns program. The variation of components of the program has also resulted in involvement from other groups, including grade-school students and artists.

The program’s five components, completed over a 12-year period, include public workshops on preserving tobacco barns, a comprehensive barns survey, a student art competition, an oral history project and ultimately a grants project that has completed repairs to 63 tobacco barns in a three-county area.

Many dedicated volunteers helped to complete the architectural survey of tobacco barns from 2013-2015. A total of 232 tobacco barns were surveyed. The middle-school poster contest, entitled Save Our Barns So They are More than a Memory, received sixty-eight submissions from local middle school students. Another component of the program, the Tobacco Memories Oral History Project, involved interviewing sixteen tobacco farmers and the subsequent creation of ten short videos. See Preservation Virginia’s YouTube site to see all of the videos. for the oral history videos and the posters.

In 2014, Preservation Virginia, in partnership with JTI Leaf Services, created a mini-grants project to repair tobacco barns in a three-county region. The grants have allowed property owners the opportunity to receive funding for the rehabilitation of their barns in a manner authentic with the original architectural style. Initially planned as a three-year project, the Mini-Grants Project continued for seven years. Hundreds of applications were received and a total of 63 tobacco barns have been repaired (see map of repaired barns). A book of the repaired barns was produced in 2018. The final element of the mini-grants project―a self-guided driving trail to link the repaired barns― is currently underway.

Hundreds of people have been directly and indirectly involved in the tobacco barns program over the years, and it has made a difference in the region, as more people are now aware of the threats to these important historic agricultural resources and to the importance of preserving them. 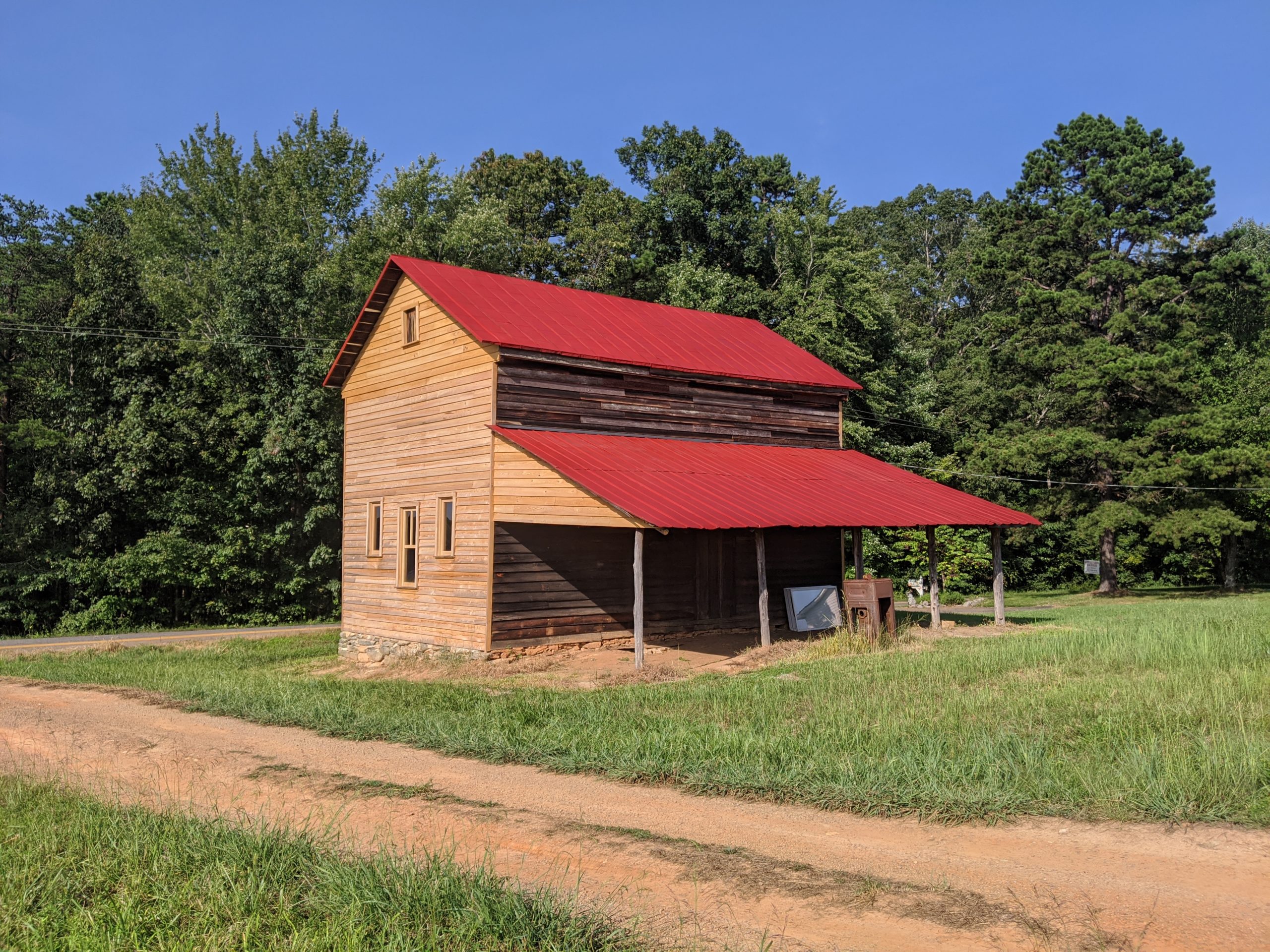 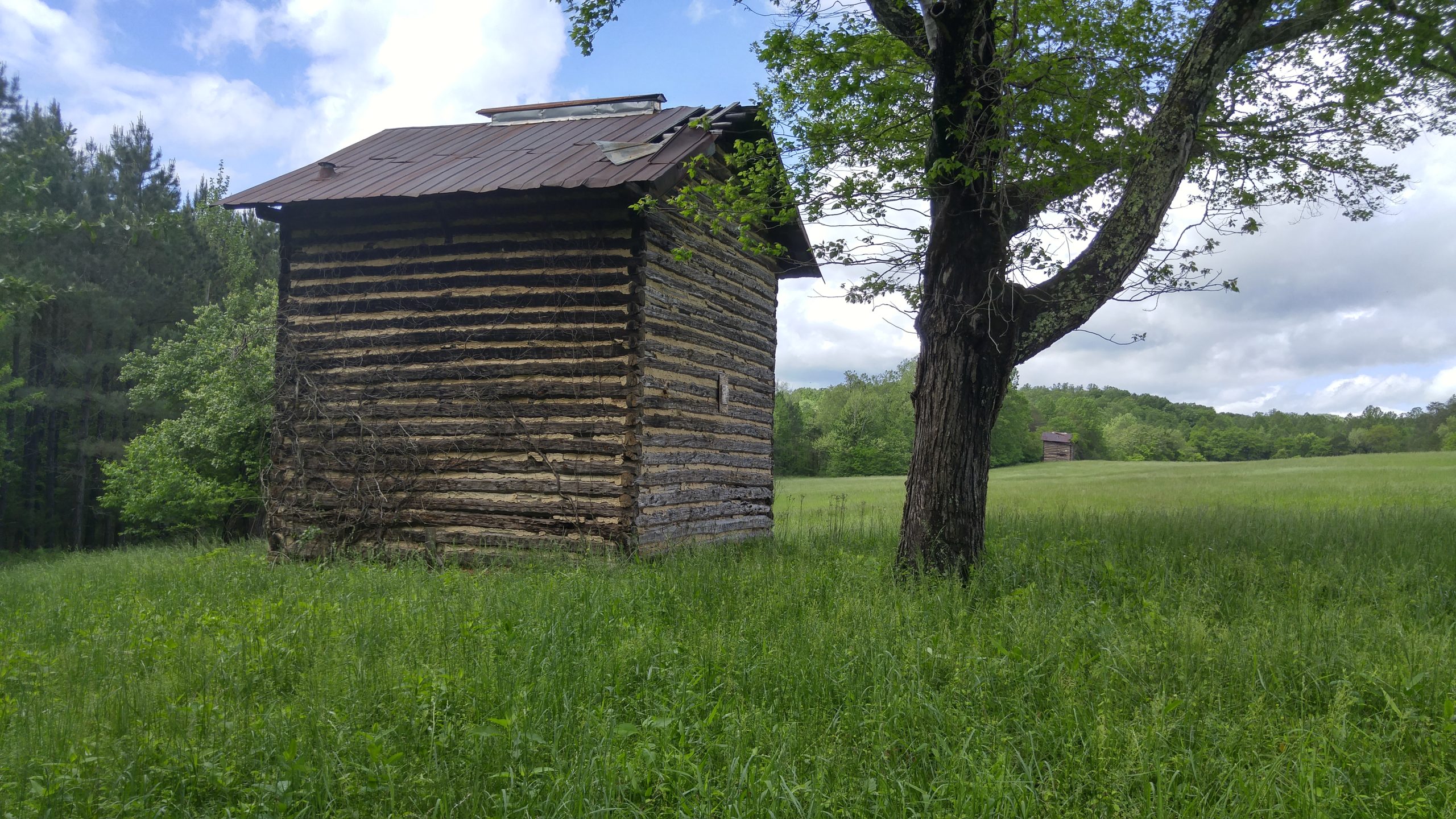 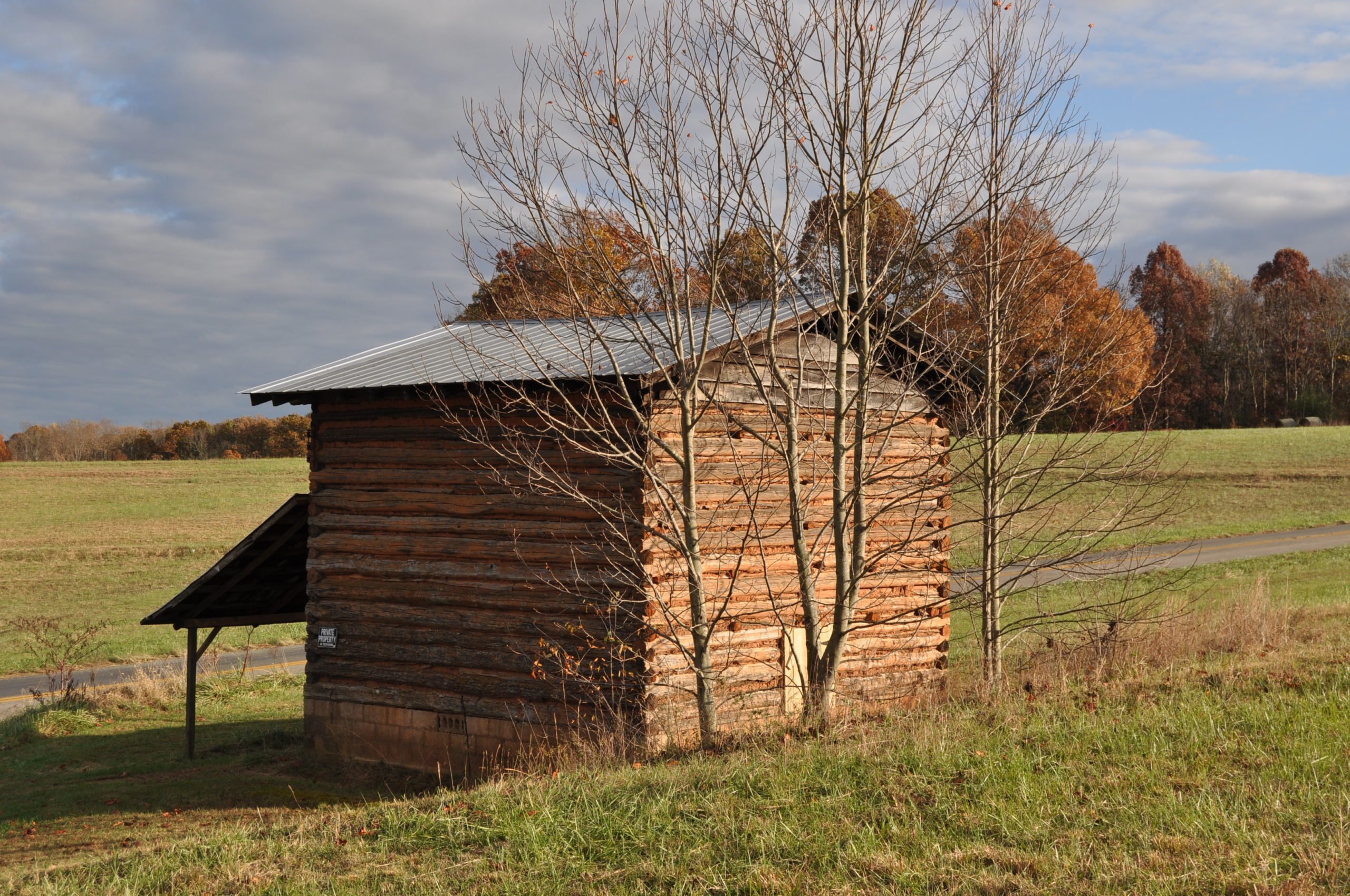 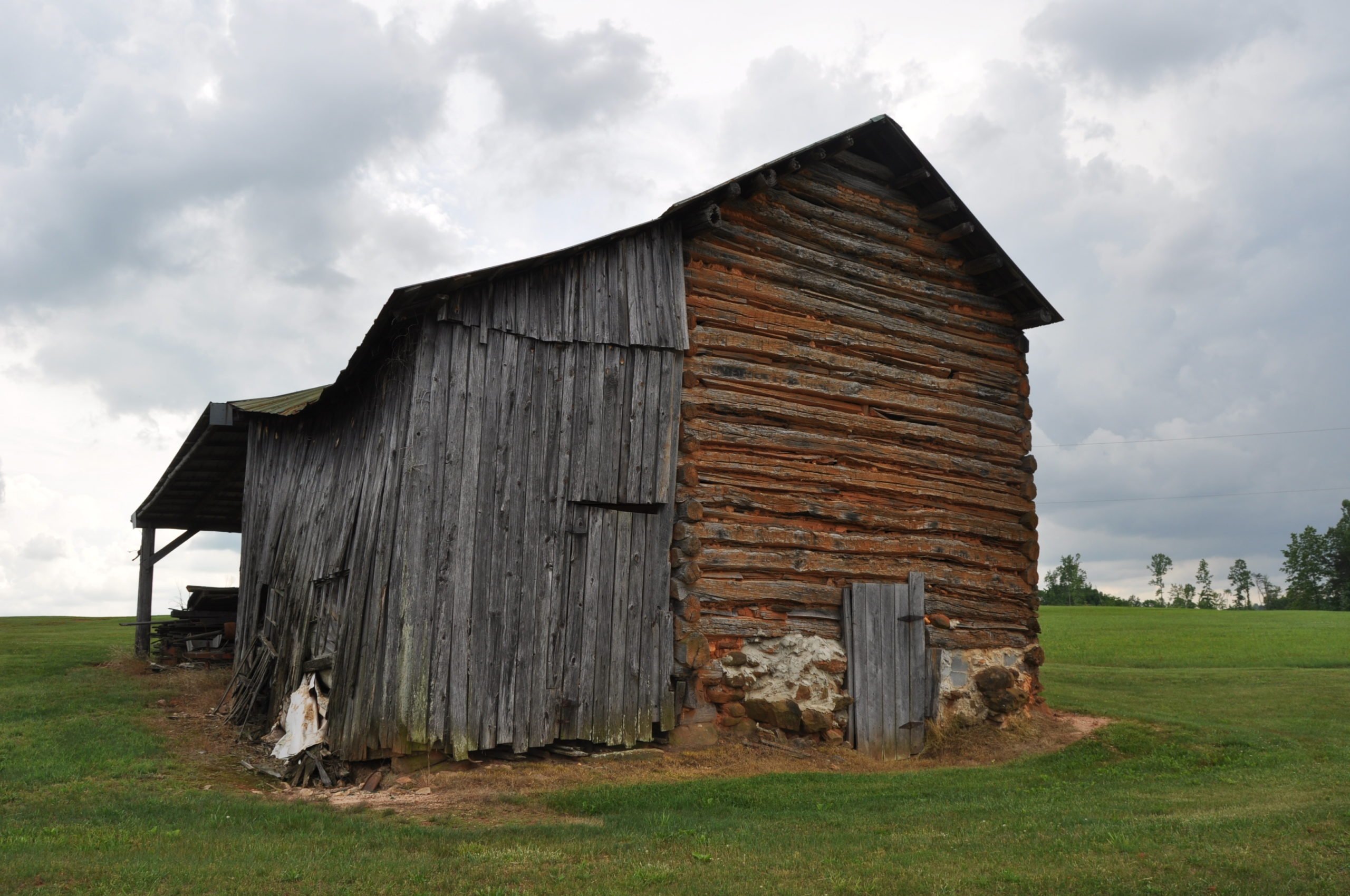 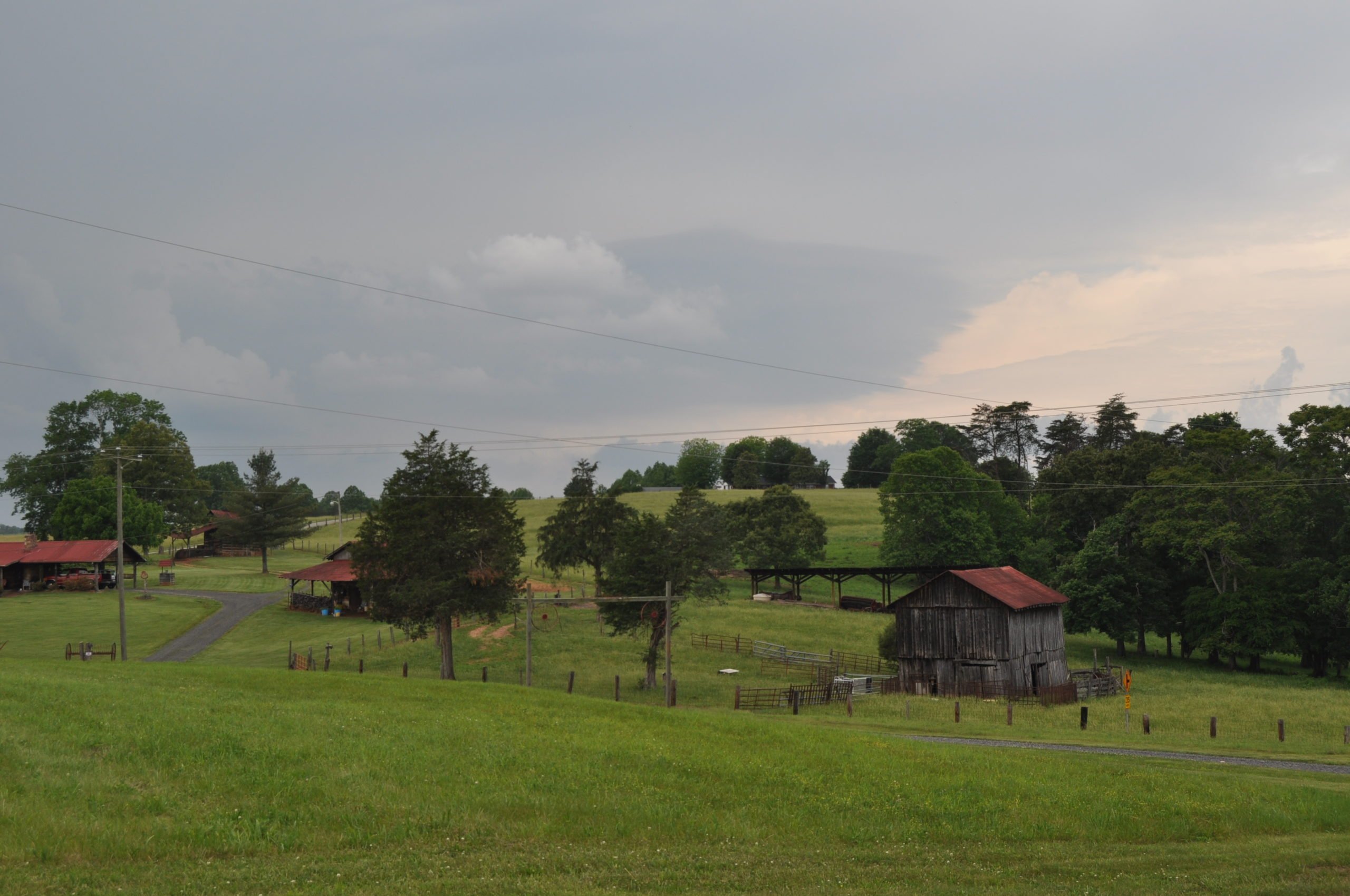 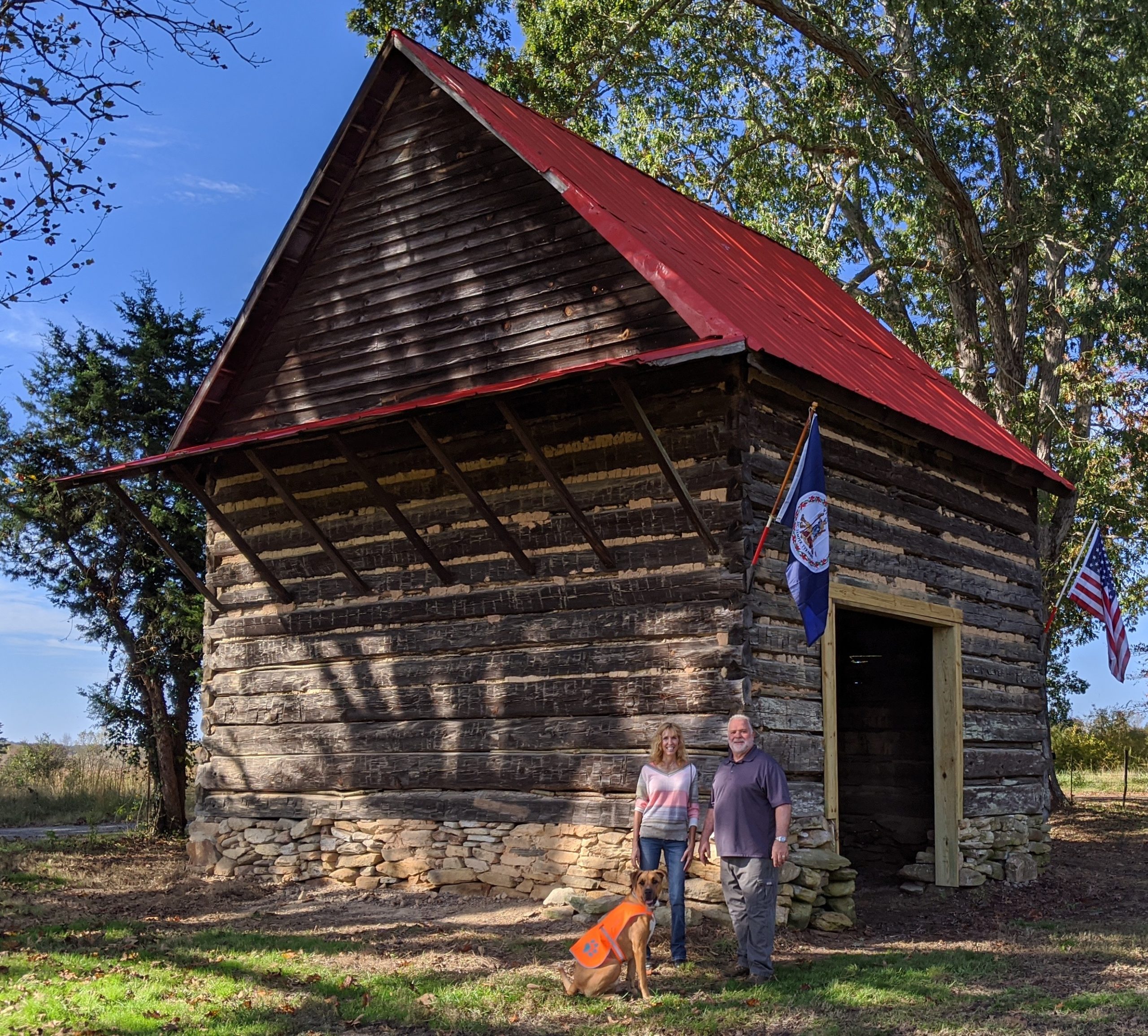 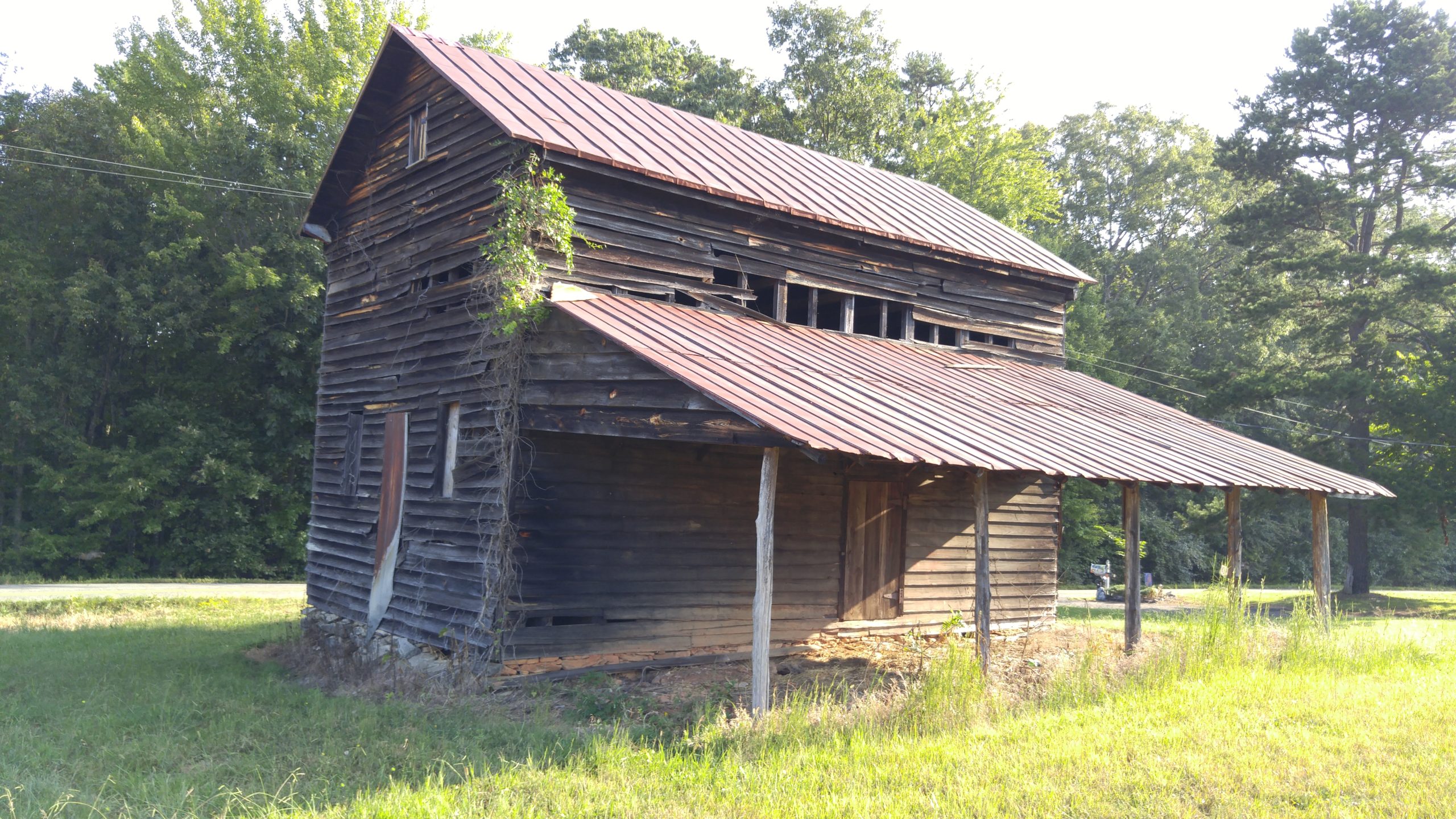 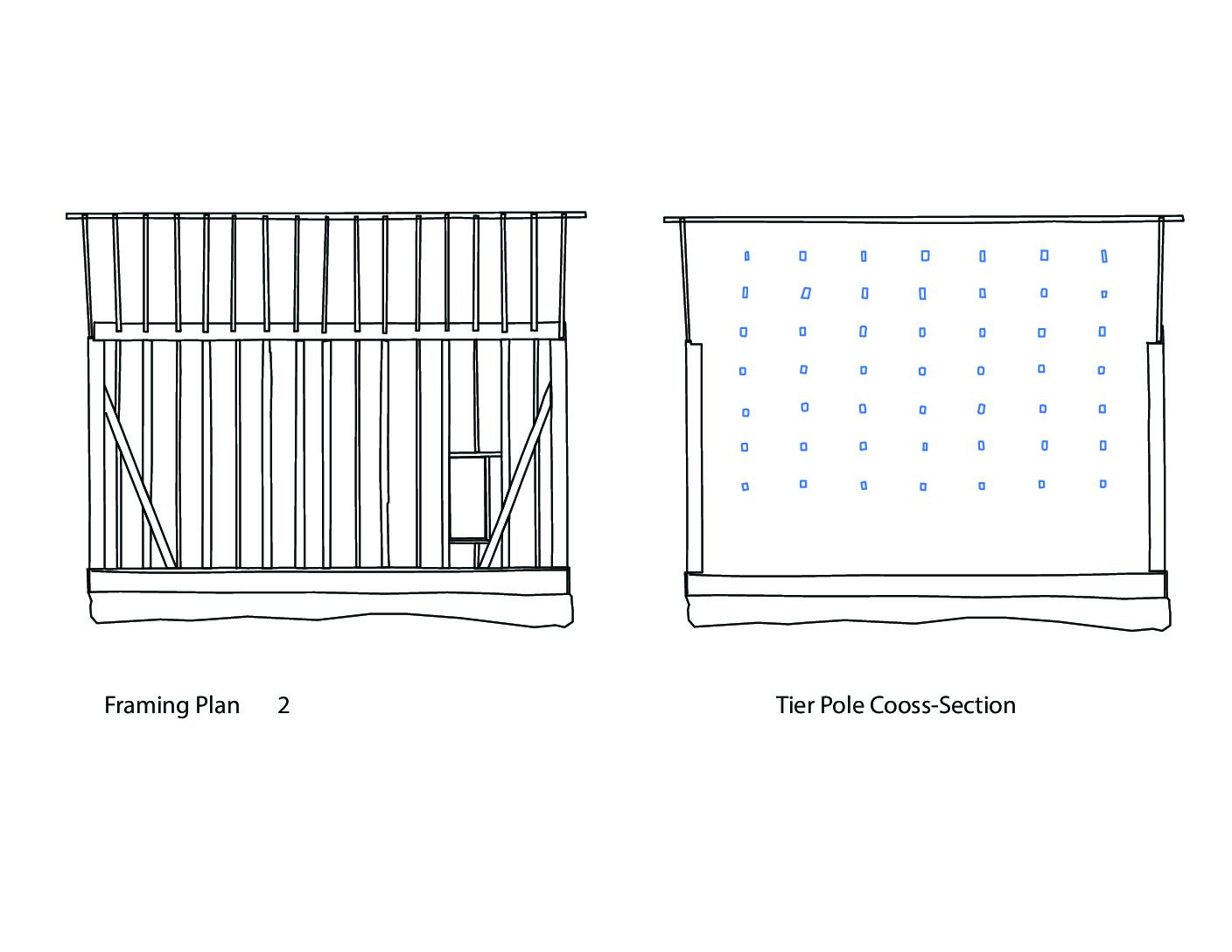 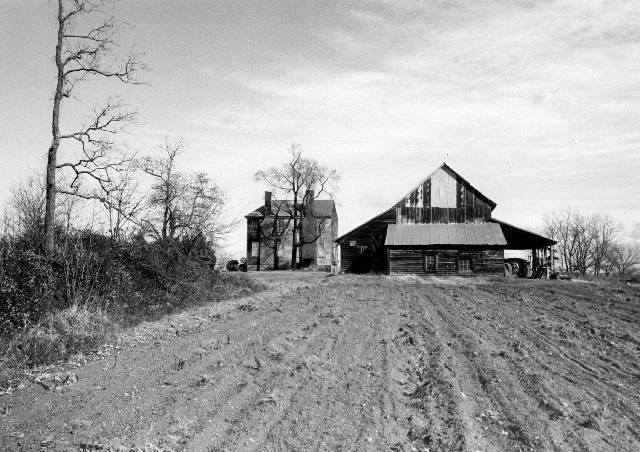 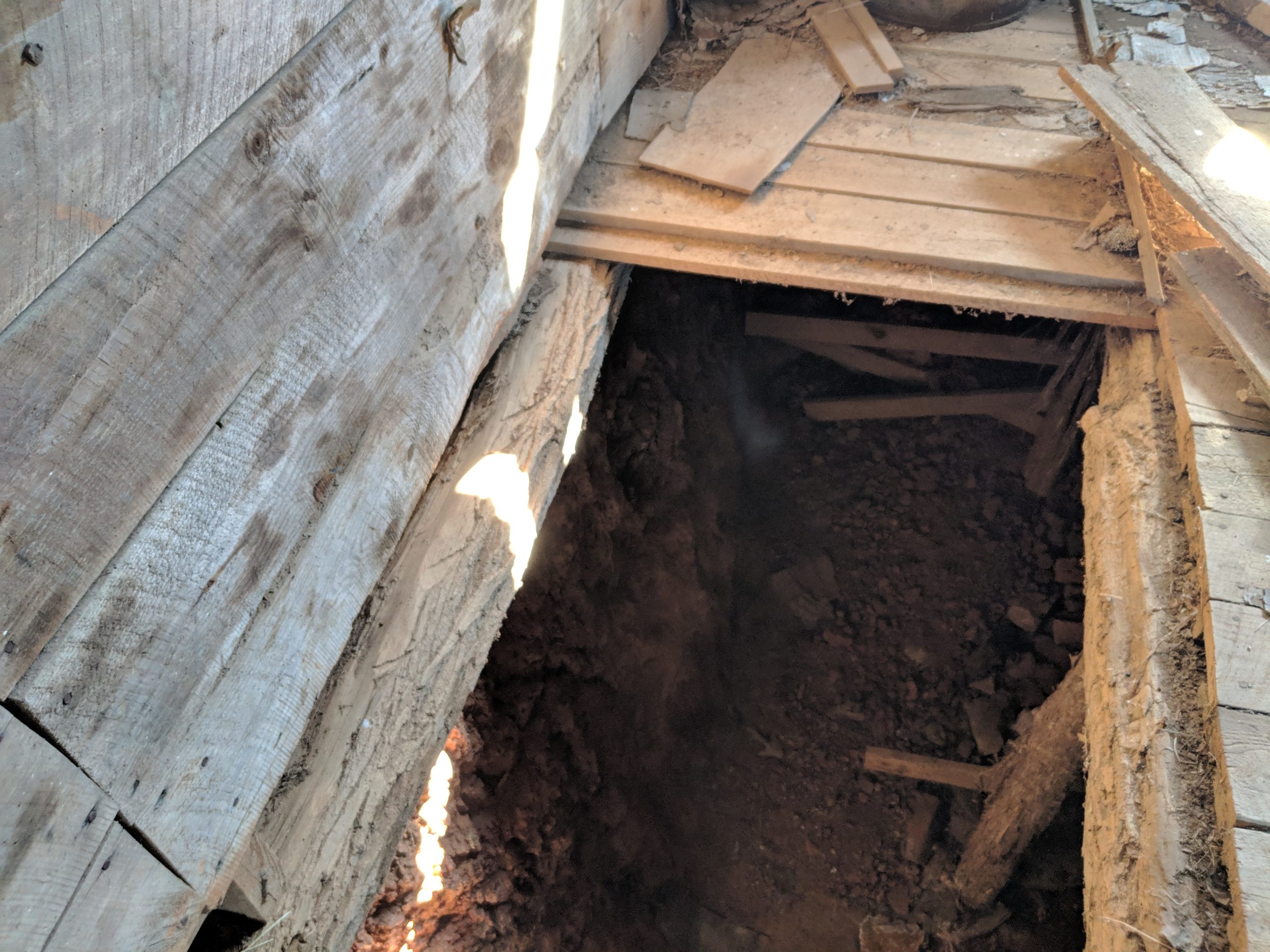 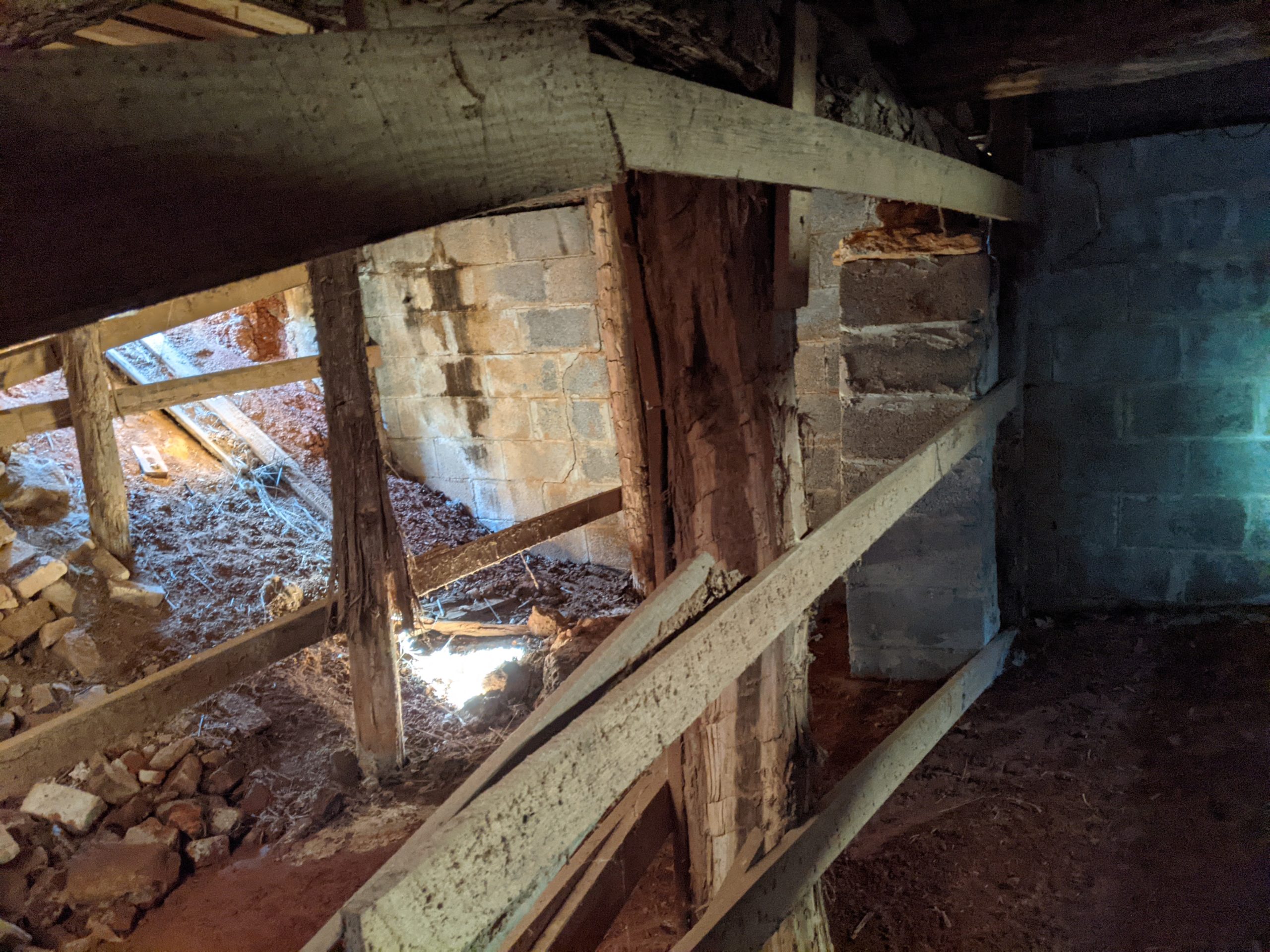 The Mini-Grants Project is not accepting applications at this time. 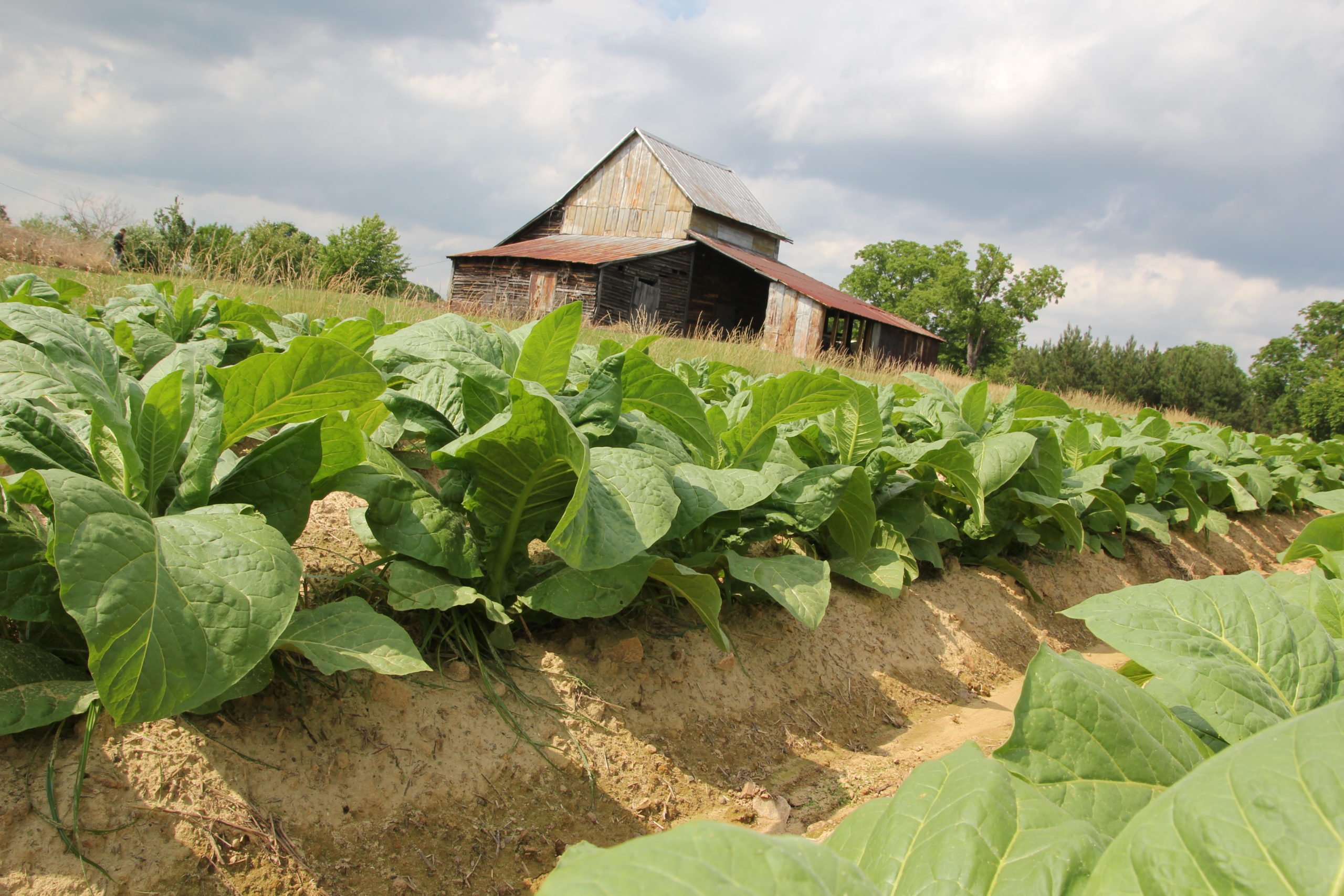 The mini-grants program has merited regional and national accolades including a Virginia Association of Counties Achievement Award and a Leadership in History Award from the American Association for State and Local History. In 2015, it was listed as one of Garden and Gun Magazine’s, “50 Reasons We Love the South Now.”

At the conclusion of 2018 grant cycle, the mini-grants program will have repaired over 60 tobacco barns in the Southside region. All of the barns repaired are unique resources that afford some type of public benefit and help to grow a local identity and distinctiveness by connecting residents to their past. Each year, the program also facilitates the creation of at least 10 jobs and has the potential to be a powerful economic engine by growing the heritage tourism appeal of the area. Heritage tourism is one of the strongest industries in Virginia bringing in over 20 billion dollars annually and supporting over 200,000 jobs in the state each year. 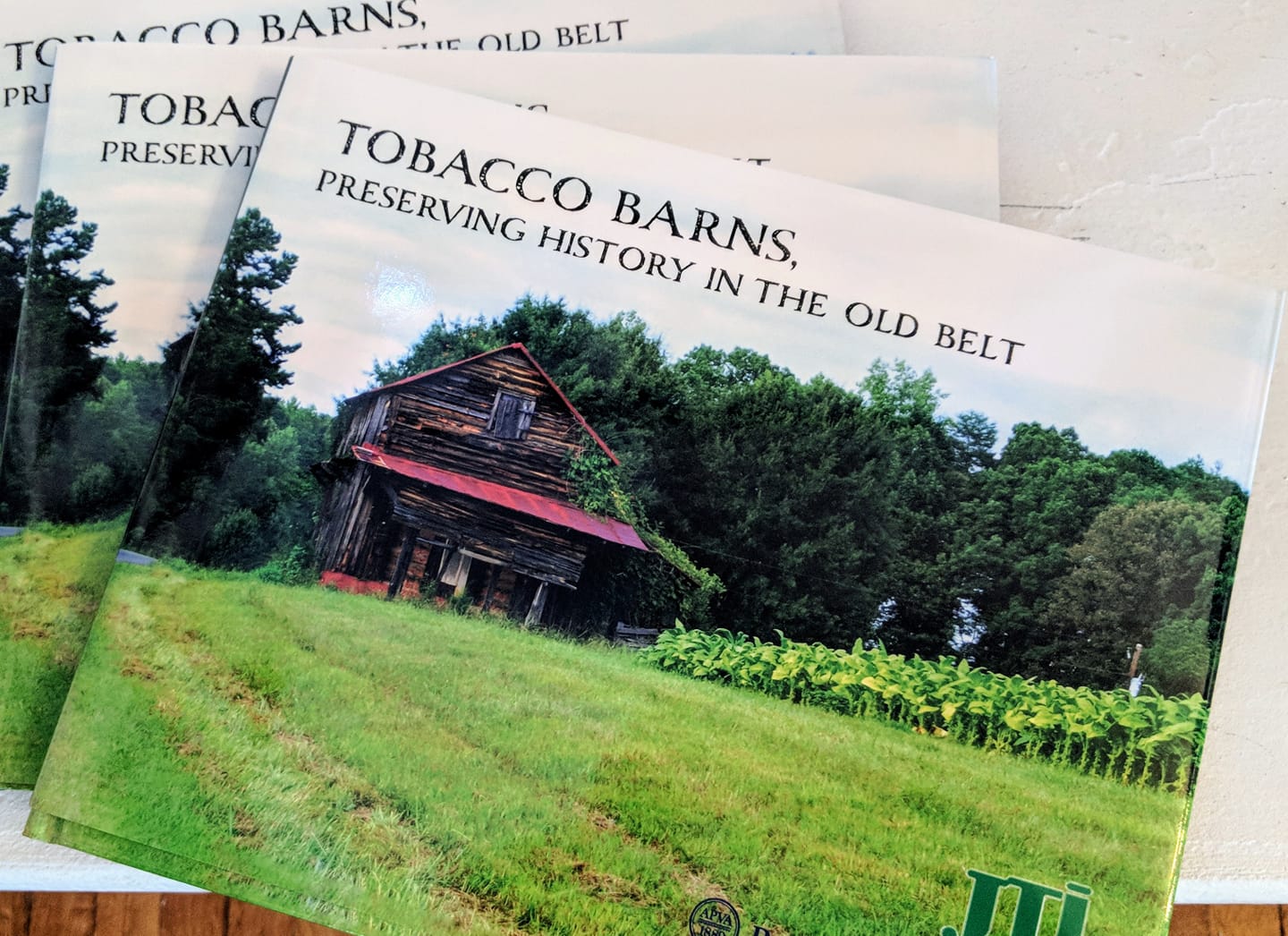 “Tobacco Barns, Preserving History in the Old Belt” illustrates the JTI/Preservation Virginia Tobacco Barns Mini-Grants Project, a 5-year project that has repaired over sixty historic tobacco barns in a three-county region of Virginia and North Carolina. All of the barns are represented in the book along with brief descriptions of their history and information on the repairs completed.

If you are interested in purchasing a book, please email Katherine Driggs at kdriggs@preservationvirginia.org