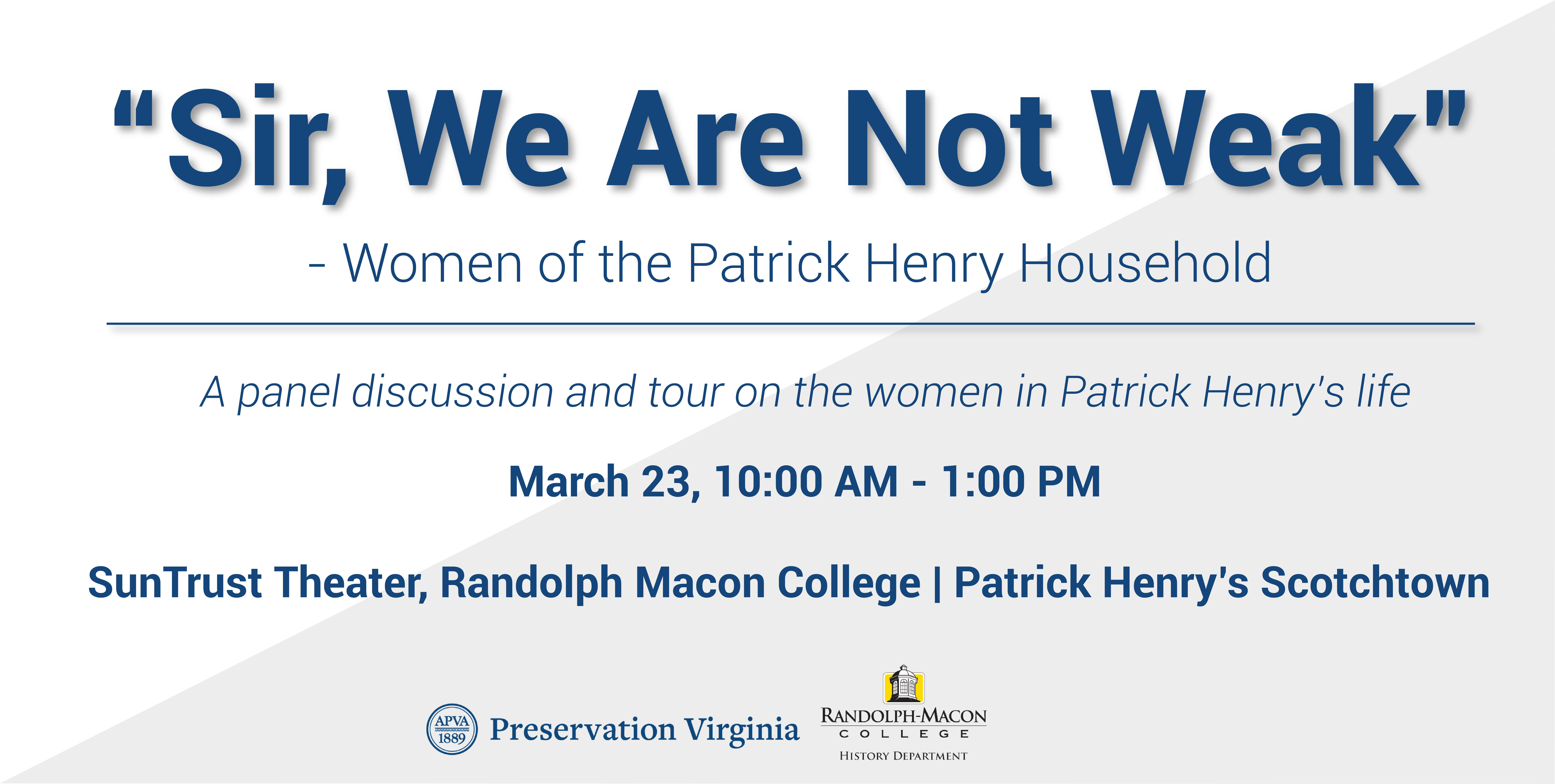 Born into a family with one brother and seven sisters – and father of seven daughters himself – women always held a prominent place in the life of Patrick Henry. Our newly furnished bedchamber debuts in 2019 to bring to light some of the stories of the strong women in Henry’s family and the enslaved women who were with him at Scotchtown during the tumultuous 1770s.

The Henry family moved into their large new home at Scotchtown in the autumn of 1771, including Patrick Henry, his wife Sarah, their five children and ten enslaved people, three of whom were women. Shortly after the move, Sarah “Sally” Henry, Patrick’s first wife, gave birth to Edward or “Neddy,” their sixth child. By 1772, Sarah was experiencing symptoms of an extreme form of what seems to be post-partum depression so debilitating that Henry’s friends urged him to institutionalize her. Instead, Henry kept her at home, with her doctor recommending the use of a “Quaker gown” – an early form of a straightjacket – when symptoms were particularly severe. In February of 1775, just months after Henry had returned to Scotchtown after representing Virginia at the first Continental Congress, Sarah passed away. Only three weeks later, Patrick Henry gave his most famous speech at Richmond’s St. John’s Church. 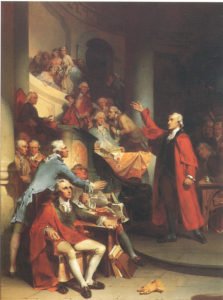 During those difficult three years before Sarah’s death, and the next two years that followed, it was the willingness of Patrick Henry’s daughter, sisters, and mother to step away from their own homes to care for his that gave Henry the opportunity to keep pursuing the cause of liberty.

Though only 18 years old and newly married, Martha “Patsy” Henry Fontaine, Patrick’s oldest daughter, moved back to her father’s home. A year later, as a new mother herself, Patsy helped raise her siblings, provide care for her mother, and run the household. Her Aunt Anne, who often wrote to her brother about how displeased she felt at the disruptions that the revolution was causing her home life, would also stay to help with his family.

Dinah, an enslaved woman was one of six people given as a dowry to Patrick Henry upon his marriage to Sarah Shelton. By the time the Henrys were living at Scotchtown, Jenny and young Beck were also listed as enslaved property. Could Jenny have been close to Patsy’s age? Could Beck and Jenny have been Dinah’s children? In 1799, as part of Patrick Henry’s probate inventory, Dinah is listed as an old woman and Beck is listed as a mother with four children, one of whom is named Dinah. Could the young Dinah have been named for her grandmother?

Giving guidance and support to Patsy, particularly as Sarah’s health worsened, Patrick’s mother, Sarah Winston Syme Henry, also stayed at Scotchtown. This family matriarch had a long history of independent thinking. As a young mother, she often took her children to the sermons of Presbyterian ministers like Samuel Davies instead of her brother-in-law, Rev. Patrick Henry’s, Anglican services. It seems that her influence may have shaped her children Patrick and his sister, Elizabeth.

After the death of Sarah Shelton Henry, Patrick’s oldest sister, Elizabeth came to manage her brother’s home and affairs. It has been said that she most closely resembled Patrick in her looks and temperament, and in her passion to see America freed from British control. Elizabeth Henry Campbell Russell, or Madame Russell as she would eventually be known, is credited with pioneering the Methodist church into the western parts of Virginia and Tennessee.

“Sir, we are not weak” is a line from Patrick Henry’s famous “Give Me Liberty” speech. And while Henry’s words ring true of the men who would go on to start a revolution after the 1775 Virginia Convention, the women at Scotchtown, too, certainly embodied this line. If not for their fortitude, the story of the man referred to even in his own lifetime as the “Voice of the Revolution” may have been very different. While Patrick recognized their contributions, this aspect of his life has rarely been told. Visit us to learn the stories of these strong women who helped shape this nation!

Buy your tickets today to learn more at  “Sir, We Are Not Weak” – Women of the Patrick Henry Household on March 23. Space is filling up quickly!