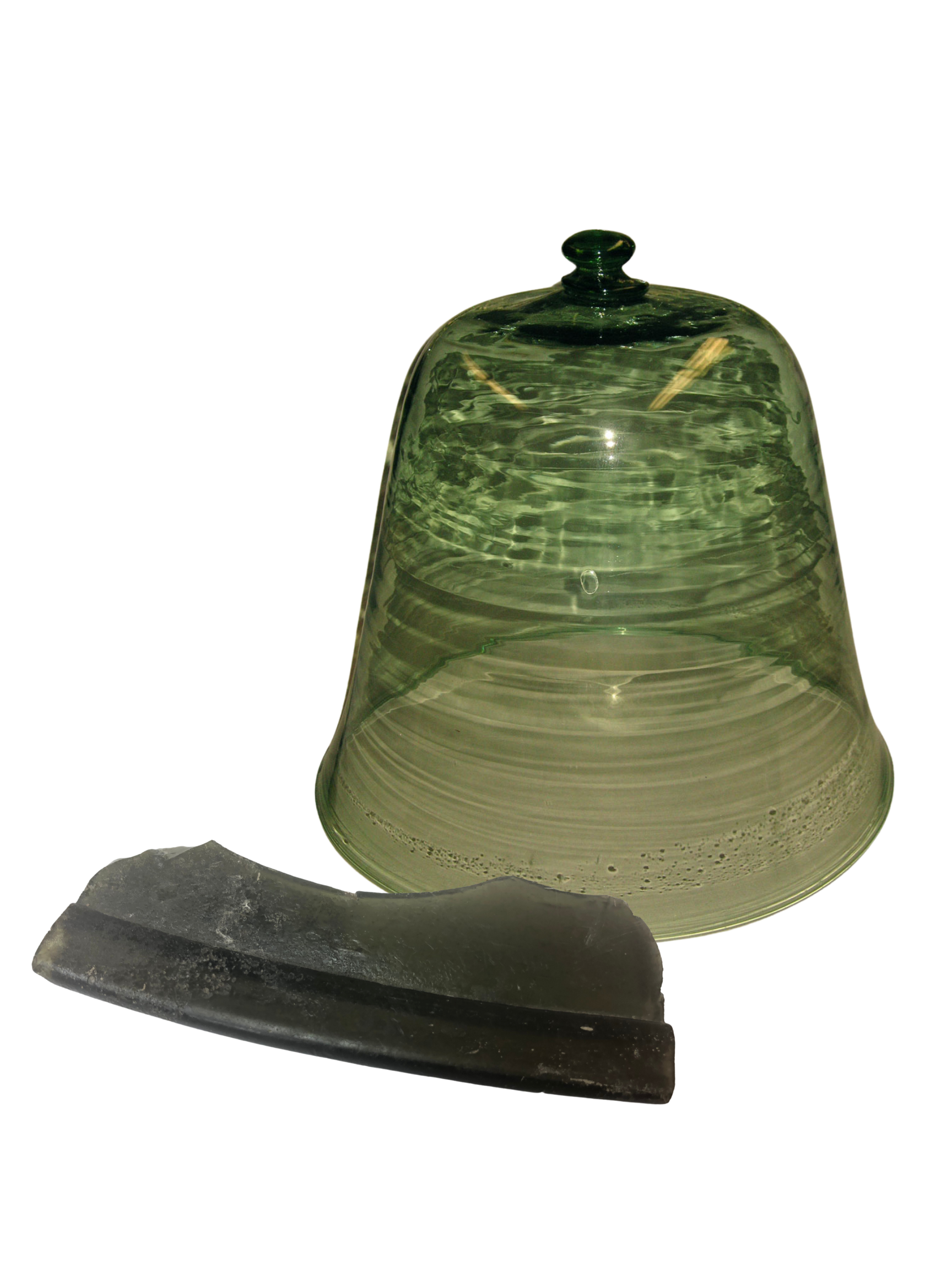 This summer, I have had the pleasure to be the curatorial intern at Preservation Virginia, working under Lea Lane, Curator of Collections, to learn more about the public history field. As my main project, I have helped develop a new permanent exhibit inside Bacon’s Castle that will help tell the story of the 356+-year-old brick dwelling. The existing exhibit has displayed important artifacts, but needs a more cohesive narrative. We chose to completely reimagine the space to better introduce new visitors to the house’s layered history.

Lea and I began to identify what we thought were key themes of the house and its long history. Some of these themes include the lives of those who were enslaved at Bacon’s Castle, objects that were found concealed in the walls and floors, and the important archeological excavations done on the gardens. Within each theme, we selected objects we thought would best represent the people of Bacon’s Castle. From there, we considered where the cases for the objects would be situated in the room to provide visitors with a logical and compelling narrative.

For the purposes of my ten-week internship, I chose to focus on objects and tools used in the 17th and 18th century garden. One of the most compelling artifacts associated with the garden are bell jar fragments, which have been found in the multiple garden excavations done on the grounds around Bacon’s Castle. These domed glass bell-shaped objects were placed over young or fragile plants to help them grow and were very common in Europe and England during the 17th century. Pieces of bell jars (also called cloche) have been found at various other sites in Virginia as well, including the Governor’s Palace in Williamsburg and Mount Vernon.

Since colonists in the New World often mimicked British gardening techniques, it makes sense that bell jars were used in some Virginian gardens. Bell jars, however, were most commonly seen in the gardens of “elite colonists” as opposed to the other, more modest Virginian planters because of their high cost. Arthur Allen, who commissioned Bacon’s Castle in 1665, and his descendants, Arthur Allen II and III, were among this group of elite colonists who invested a significant amount of money in their gardens and used bell jars.

The use of bell jars continued into the 18th century during the ownership of Elizabeth Allen Smith Stith, who inherited the house from her husband, Arthur Allen III. The use of bell jars during Elizabeth’s time at Bacon’s Castle indicates an investment in the exterior of the house as well as the interior, with specific importance placed in the beauty of the garden. The labor needed to maintain the gardens was done largely by enslaved people during Elizabeth’s tenure, meaning that bell jars were handled and used by those doing hard labor in the gardens. Throughout the house’s history, the Allens used the labor of free and enslaved individuals to build and sustain the gardens. The bell jars serve to reflect their presence and work at Bacon’s Castle.

The bell jar fragments are tangible reminders of who handled them in the past, giving us insight into what rediscovered objects have witnessed. As I reflect on my internship and the process of creating this new exhibit, I am struck by the fact that every object has its own meaning and story, no matter how small it might be. Ample amounts of thought, consideration, and research are done for each artifact displayed in an exhibit so that it represents all experiences and brings the past to life for visitors at significant historical sites like Bacon’s Castle.