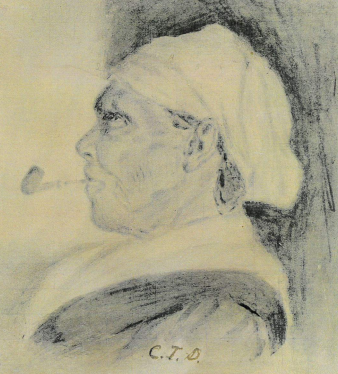 This Juneteenth, 156 years ago, news of the abolition of slavery finally reached the enslaved people of Galveston, Texas. Despite President Abraham Lincoln issuing the Emancipation Proclamation on January 1, 1863, news and implementation of the new law struggled to reach the far corners of the divided nation. As such, millions of enslaved people remained in bondage even after Lincoln’s proclamation. On June 19, 1865, U.S. Major General Gordon Granger arrived in Galveston, Texas and announced to those enslaved that they were in fact, free from bondage. Ever since, communities and states recognized June 19th as Emancipation Day, more commonly referred to as, “Juneteenth.” In 2020, 47 U.S. states had recognized Juneteenth as a state holiday, and as of June 16, 2021, the U.S. Senate unanimously passed a bill to recognize the day as a federal holiday, too!

Chief Justice John Marshall died in 1835—years before both the Emancipation Proclamation, as well as Juneteenth—and many of the over 200 people that he enslaved through his lifetime (1755-1835) never lived to see emancipation, either. However, at least one person that Marshall enslaved lived through the mid-19th century and experienced emancipation: Agnes Spurlock. John Marshall enslaved Agnes Spurlock’s nuclear family including her father Robin, mother Mary, and brothers Jack and Robin, Jr., for most, if not all of their lives.

Agnes was born into bondage under the Marshall family in Richmond, Virginia. Though the year is unknown, at age 18, Agnes Spurlock was sent to the Marshalls’ Mont Blanc estate in Fauquier County, where she lived enslaved to John Marshall Jr.’s widow. Agnes left Mont Blanc as a dowry gift when Mary Willis Marshall married Fielding Lewis Douthat (d. 1834). (Agnes’ own father, Robin Spurlock, experienced a similar situation decades earlier when Thomas Marshall gifted Robin as a wedding present around age 18 to the future Chief Justice and his bride, Polly, in 1783). The new Marshall-Douthat couple relocated Agnes to Weyanoke, a plantation in Charles City, Virginia, where she eventually married a man named Moses Hilton, presumably also enslaved to the Douthat family.

Agnes and Moses remained enslaved to the Douthats and their children until emancipation, and in 1866, according to Freedmen Bureau records, the Hiltons signed on as sharecroppers at Weyanoke, alongside five other formerly enslaved people. While the sharecropping system permitted free Black people opportunities for upward mobility, the system was also successful in finding new ways to indebt and tie freed Blacks to the white property owners who had formerly enslaved them. Agnes and Moses worked as sharecroppers at Weyanoke in the decades following emancipation, and as a result, they remained in close proximity to the Marshall-Douthat family.

During her time in enslavement and even after, Agnes is known to have raised many of the Marshall and Douthat children in the role of “Mammy,” the problematic and inaccurate depiction that enslavers assigned to enslaved women who cared for white children, as being happy and content caretakers. As the only known likeness of any of the people enslaved by John Marshall, the attached image (courtesy of the John Marshall Center for Constitutional History and Civics) is a portrait of Agnes Spurlock, with the caption, “Mammy,” sketched by Catherine Douthat, the last Marshall-Douthat descendant to be cared for by Agnes. Agnes lived until 1901. 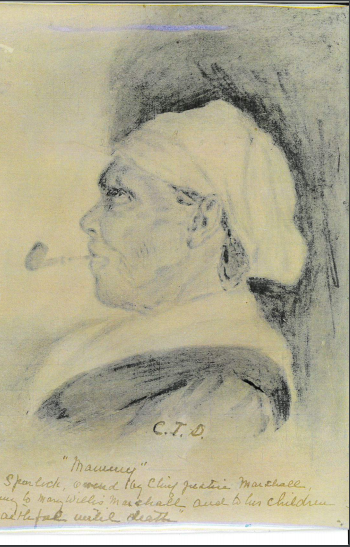