At the Virginia General Assembly

Preservation Virginia will send out another Legislative Update after the April 7th reconvened session.  If action is necessary in the meantime, you will be notified through a separate alert.

Before Adjourning Sine Die, the House and Senate agreed to a conference report including the following amendments to the budget bill:

Underwater Archaeology Program – This amendment restores $159,479 the second year from the general fund for the Department of Historic Resources to establish an underwater archaeology program.

River Farm – This amendment provides $2.0 million the second year from the general fund to support the purchase of  River Farm in Alexandria by the Northern Virginia Regional Park Authority for conservation and maintenance as a publicly-accessible historic site.

Historic Property Catalogue – This amendment provides $250,000 to the Department of Historic Resources for the expansion of Virginia’s historical property catalog to include underrepresented African American and indigenous communities. Included in these amounts is $110,000 to support one new FTE, $100,000 for a grant program to provide paid internships in partnership with Virginia’s HBCU’s and to conduct fieldwork, and $40,000 for cultural data enrichments and database enhancements for the Virginia Cultural Resources Information System.

Summary:  Establishes in the Department of Conservation and Recreation a data-driven Geographical Information Systems model to prioritize potential conservation areas across the Commonwealth that would provide quantifiable benefits to the citizens of Virginia, known as ConserveVirginia. Aspects of the program include (i) the synthesis of multiple mapped data inputs, divided into categories, each representing a different overarching conservation value, and periodic revision of such values; (ii) access to the model by the public and all state and federal agencies; and (iii) incorporation of the model into acquisition or grant decisions when appropriate. The bill requires the Virginia Land Conservation Foundation to report on the success of the program and incorporate the program into needs assessments for expenditures from the Virginia Land Conservation Fund.

Summary: Provides that an easement held pursuant to the Virginia Conservation Easement Act or the Open-Space Land Act or by the Virginia Land Conservation Foundation be liberally construed in favor of achieving the conservation purposes for which it was created.

Summary: Provides that an easement held pursuant to the Virginia Conservation Easement Act or the Open-Space Land Act be liberally construed in favor of achieving the conservation purposes for which it was created.

Summary: Establishes the Enslaved Ancestors College Access Scholarship Program, whereby Longwood University, the University of Virginia, Virginia Commonwealth University, the Virginia Military Institute, and The College of William and Mary in Virginia are required to annually provide, starting in the 2022-2023 academic year and with any source of funds other than state funds or tuition or fee increases, to at least one African American Virginia student who was born in the Commonwealth and has a total household income that is not more than 400 percent of the federal poverty guidelines a renewable scholarship in an amount sufficient to cover tuition, mandatory fees, room and board, books and other educational supplies, and tutoring at the institution. The bill requires the State Council of Higher Education for Virginia to collaborate with such institutions to establish guidelines for the implementation of the Program and to annually collect information on the implementation of the Program from such institutions and report such information to the Chairmen of the House Committee on Appropriations, the House Committee on Education, the Senate Committee on Education and Health, the Senate Committee on Finance and Appropriations, and the Virginia African American Advisory Board.

Summary: Adds land owned by a battlefield preservation organization and land on which such organization holds an easement to the category of lands on which it is unlawful to intentionally damage, disturb, or remove any object of antiquity. Current law prohibits such acts on any designated state archaeological site or on state-controlled land and provides that a violation of the prohibition is a Class 1 misdemeanor.

Summary: Provides that any locality utilizing the urban county executive form of government (Fairfax County) may include a provision in its historic preservation ordinance requiring public access to an historic area, landmark, building, or structure, or land pertaining thereto, or providing that no subdivision shall occur within any historic district unless approved by the review board or, on appeal, by the governing body of the locality as being compatible with the historic nature of such area, landmarks, buildings, or structures therein with regard to any parcel or parcels that collectively are (i) adjacent to a navigable river and a national park, (ii) owned by a common owner exempt from taxation, and (iii) in part or as a whole subject to an easement granted to the National Park Service or Virginia Outdoors Foundation granted on or after January 1, 1973.

Our colleagues at the National Trust for Historic Preservation have put together some helpful analysis about the impact of the 2018 mid-term elections and how you can support the “Historic Tax Credit Enhancement Act.”

Thanks to all who have reached out to Delegates and Senators. You can still contact your legislators. Call and make an appointment to: 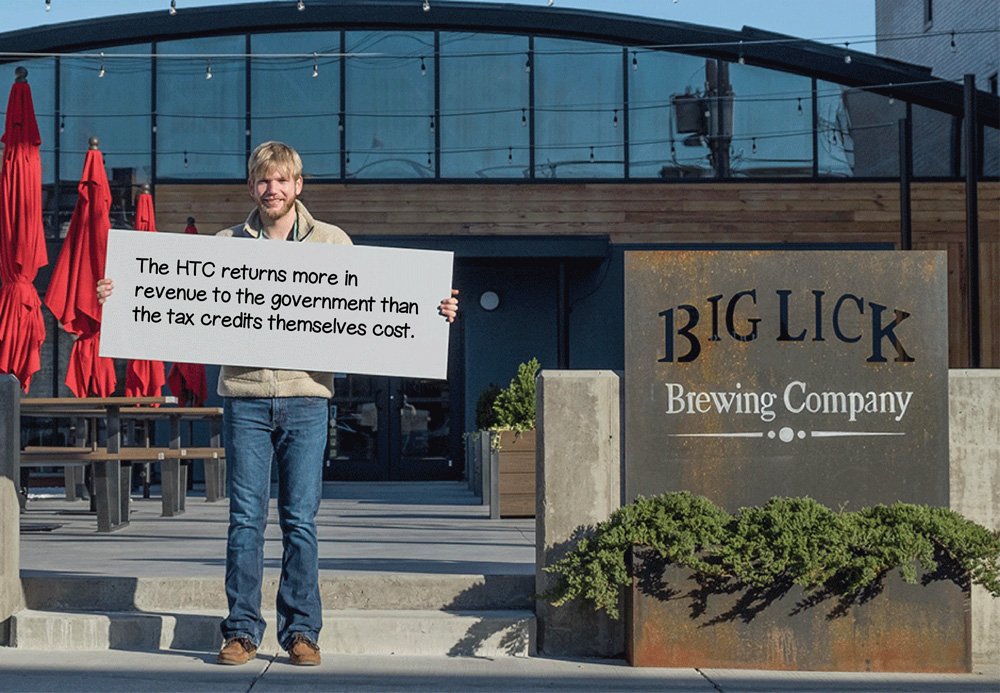 You can support Preservation Virginia’s statewide work and be a voice for historic places.