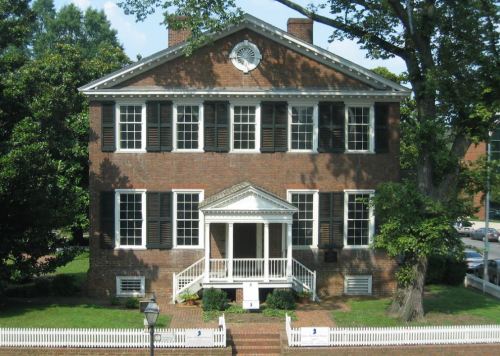 The John Marshall House is closed for public tours until March 2022 for winter cleaning and program development. However, during our winter closure in January and February, we are offering a variety of virtual and special in-person events to tide you over until Spring! Please check out our Events Calendar. The John Marshall House can also schedule school groups, private or group tours either virtually or in-person during the winter closure, so please contact us at johnmarshallhouse@preservationvirginia.org to schedule! We look forward to your visit in 2022! 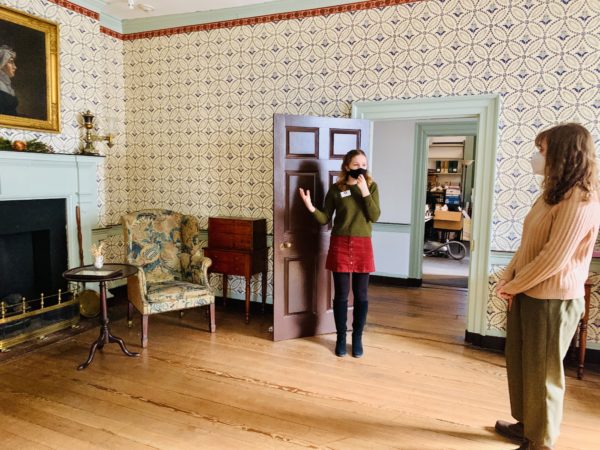 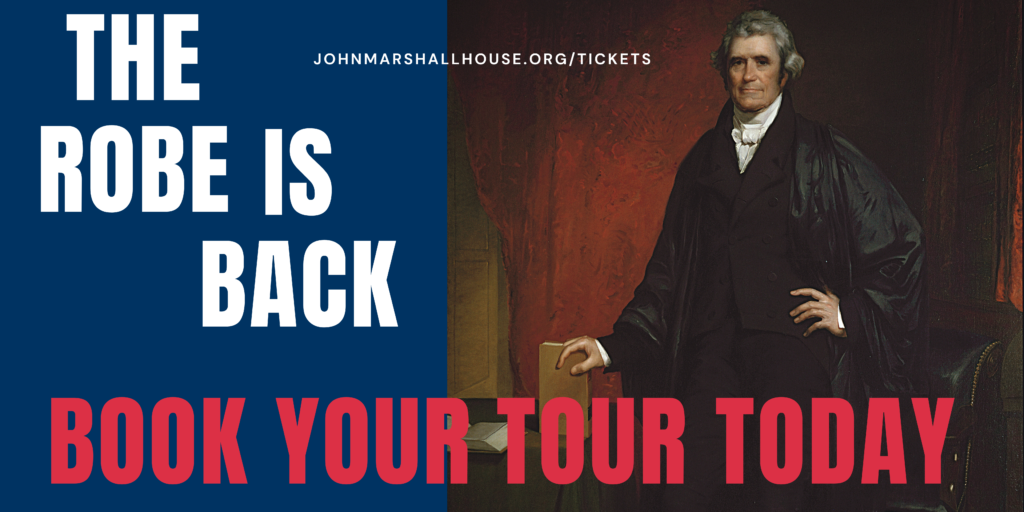 As of August 26th, 2021, all guests are required to wear masks when indoors at the John Marshall House. Click to read the CDC Guidelines

The mission of the John Marshall House is to engage the public about the life and legacies of the Great Chief Justice, his Richmond home, and the enslaved people who labored here through historic preservation and education.

Check out our private and digital tour opportunities! 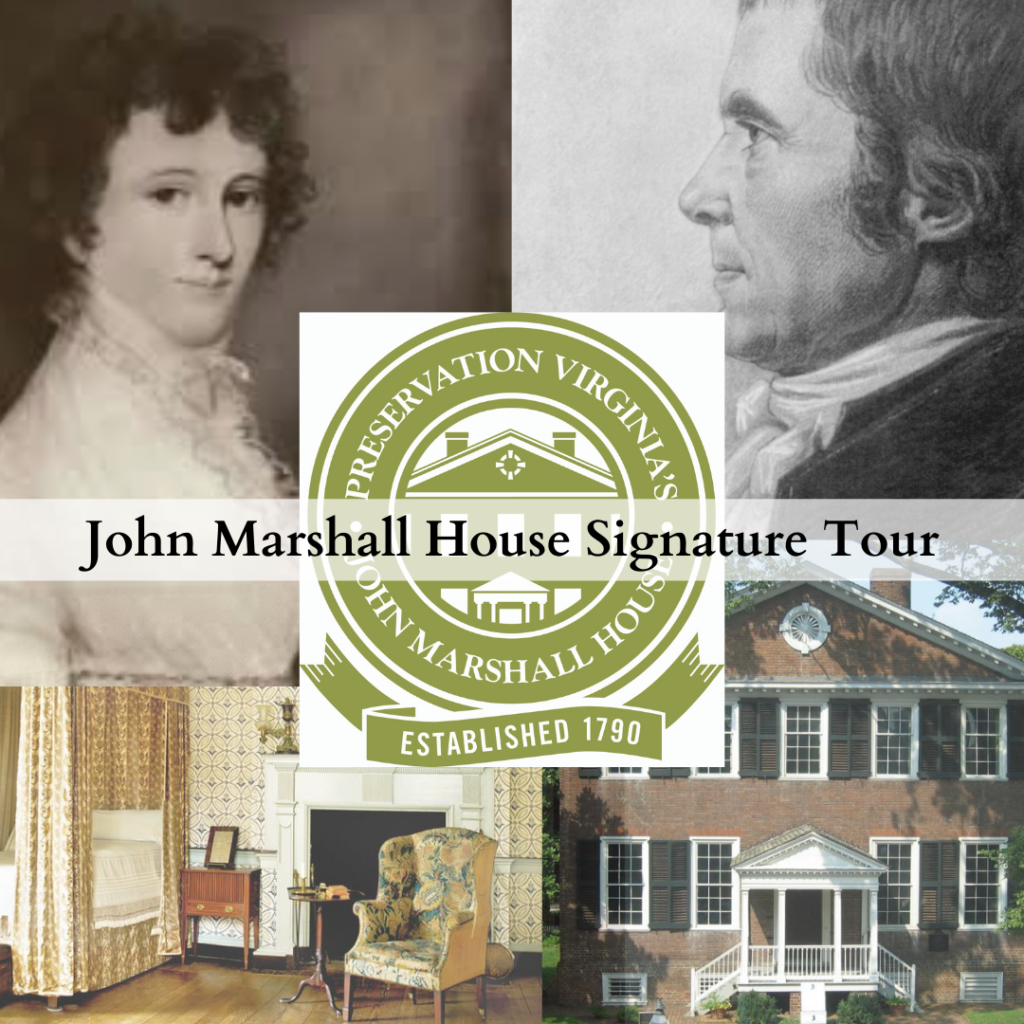 John Marshall is best known as the “Great Chief Justice” for his role in creating the modern Supreme Court. He served from 1801 until 1835 and his influential decisions, such as Marbury v. Madison, helped shape the principle of judicial review. With the largest collection of original Marshall family pieces, guided tours of his home offer an in-depth look at the formation of American government through the lens of the federal judiciary.

Marshall had his home built in Richmond’s historic Court End neighborhood in 1790 and lived there for forty-five years until his death.

The Black history connected to the John Marshall House is incredibly rich. It is filled with stories of the families that were built under enslavement, and endured in Richmond’s urban landscape. People like Robin Spurlock, enslaved valet to John Marshall saw the city grow to host the second largest domestic slave market in the country. He witnessed the development of Gabriel’s uprising, and the formation of the American judiciary while he and his wife raised their own three children in slavery.

We are fortunate to have substantial records, first-hand accounts and primary sources that provide glimpses into the lives of the individual enslaved by John Marshall. Though we have only begun to study the history of the Black presence here, we aim to continue to research and build strong relationships with descendants, collect oral histories, and present the individual stories that truly highlight the African American experience here. Moving forward, we hope to continue to be able to provide a detailed context for how these people lived and how they viewed their lives at the Marshall House.

For more in-depth information, and primary source material please email us at johnmarshallhouse@preservationvirginia.org.

Contact us for a private or group experience all year long. 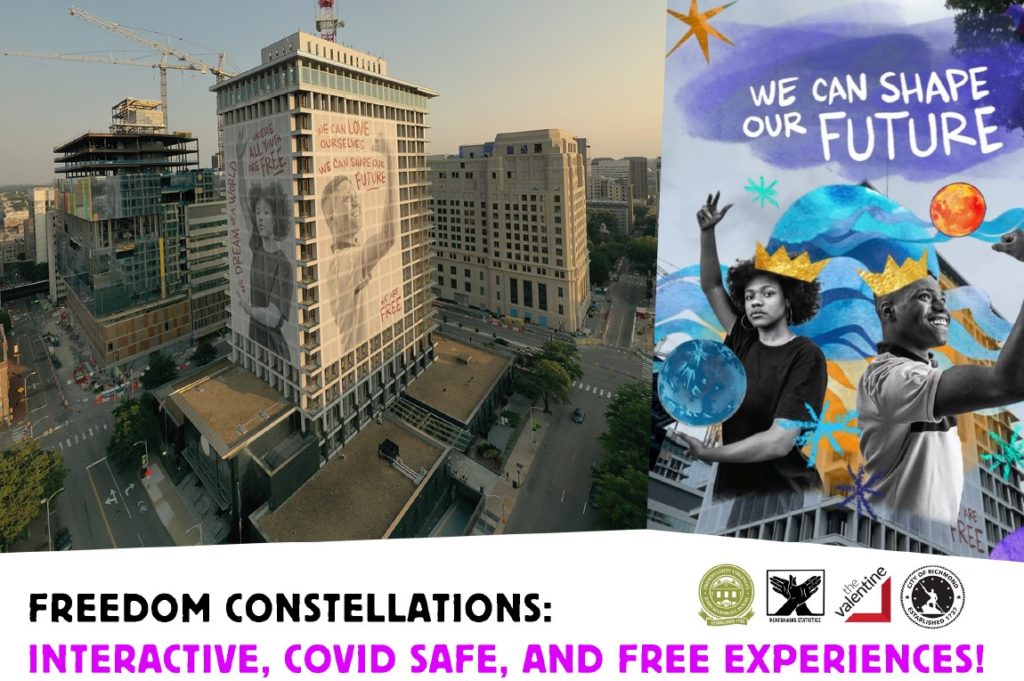 To register your group, please email

In a 45-minute tour guided by one of our trained educators, you’ll learn about the life and legacy of John Marshall. Engage with your guide and discuss Marshall’s impact on the federal judiciary and the ways those decisions influence us today. PURCHASE TICKETS HERE:  TOUR

The historic Virginia flower gardens at the John Marshall House display plants found in the colonial gardens of Williamsburg and Yorktown that might have been maintained and enjoyed by the Marshall family.

Turn your visit into a day trip! We’re walking distance from several historic attractions in Richmond’s Court End neighborhood, including the Virginia State Capitol, the Library of Virginia and the Valentine. We also offer a block ticket to our historic site Patrick Henry’s Scotchtown in nearby Hanover County.

Student and Group Tours larger than 6 people can call 804-648-7998 or email education manager, Meika Downey at mdowney@preservationvirginia.org to book.

Looking to schedule a student group tour at the John Marshall House? Fill out our online form for field trips, and visit our Field Trips and Education website to learn more!

The John Marshall House is closed to the public until March 2022. Contact us for a private group tours all year long! 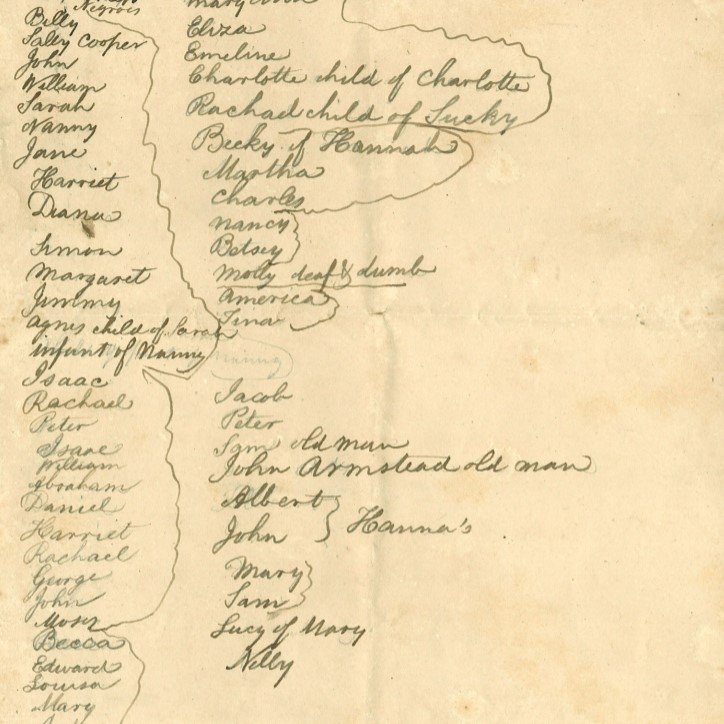 We value the Marshall House’s African American community’s history and would love for you to be a part of the process of gathering more information about the Black presence here. If you are a descendant of the Marshall House or a member of the community and would like to share your family’s history or your knowledge of the African American history here, please contact us at johnmarshallhouse@preservationvirginia.org or 804.648.7998

Inquire about the John Marshall House

Intended to Endure: The Conservation and Legacy of John Marshall’s Supreme Court Robe

The robe has returned, newly conserved to the John Marshall House.

Arguably one of our most important objects in our collection is the supreme court robe of Chief Justice John Marshall (1801-1835). This black silk garment is one of the only known examples of early Supreme Court Robes in existence.

John Marshall wore this robe as he presided over thirty-four years of Supreme Court cases. During which time, the Supreme Court was elevated to a co-equal branch of the federal government. Today, the simple black silk robe is a recognizable icon of the American Judicial system

in 2019 Preservation Virginia, together with the John Marshall Center for Constitutional Civics and History, launched the  “Save the Robe” campaign. Our goal is to raise $218,000 to preserve this national treasure and support the programs to promote John Marshall and his judicial legacy.

Thanks to our generous donors and the team of professionals that undertook the conservation effort, future generations will have the opportunity to view John Marshall’s robe and stand in the presence of history. 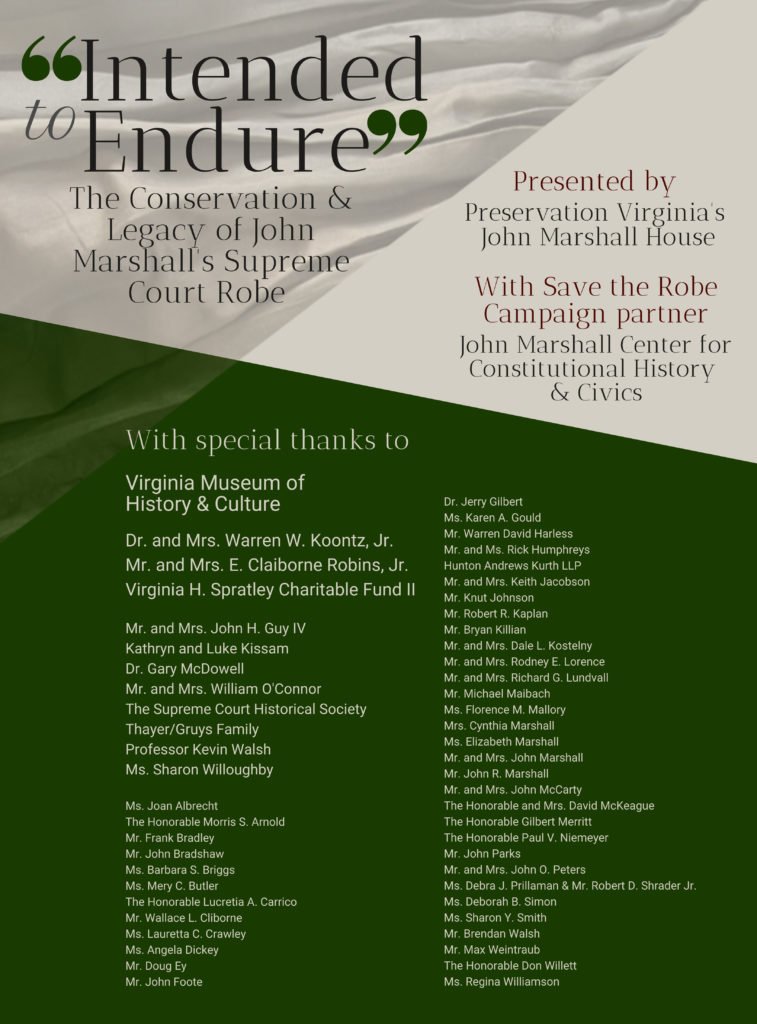 The John Marshall House is the perfect destination for groups interested in exploring the triumphs and complexities of Marshall’s personal and professional life. Our museum interpreters can create an immersive experience, just for you, that pulls back the curtain on one of America’s most influential Supreme Court Justices.

Group tours are available by arrangements made no less than one week in advance of the visit.

Inquire about the John Marshall House

Metered street parking is available on a first-come, first-served basis. A public parking lot is available 2 blocks away on 9th and Clay Streets.

For Students and Teachers 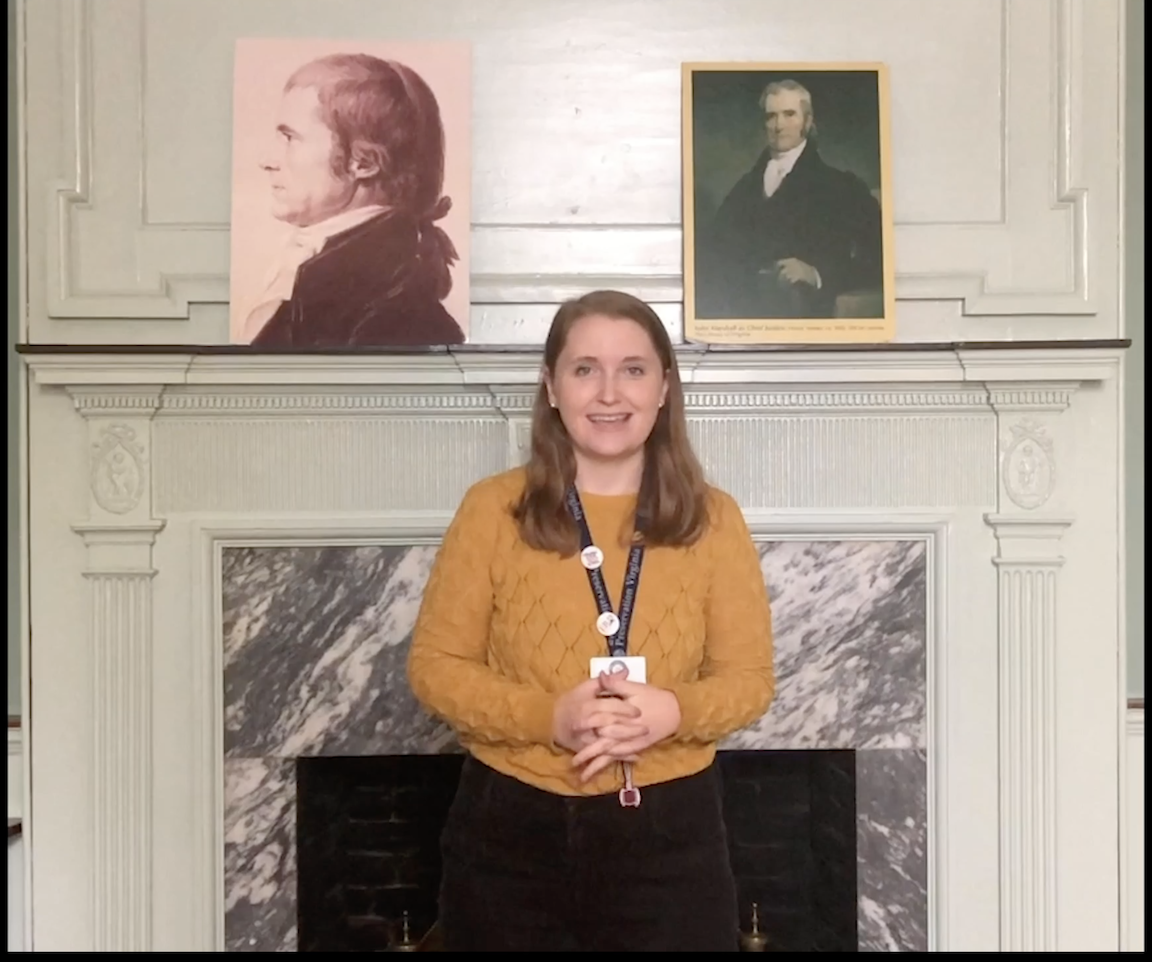 History Where it Happened

We also offer educational resource packets and videos on our website that address Virginia Standards of Learning components. Click here to download and view these free materials.