Since 1971, Preservation Virginia’s Historic Preservation Awards celebrate successful preservation efforts and the people who perform this work. These projects, individuals, groups and local governments enhance our communities across the Commonwealth by adapting, restoring and spotlighting the history and historic places unique to Virginia. This year, the awards will be presented at a ceremony to be held Friday, September 23rd at Patrick Henry’s Scotchtown in Hanover County.

Recognizes a property owner, architect, design firm, contractor or developer for a residential,  commercial or public-sector project that best exemplifies the use of preservation standards and brings an outstanding building into appropriate and relevant contemporary use. 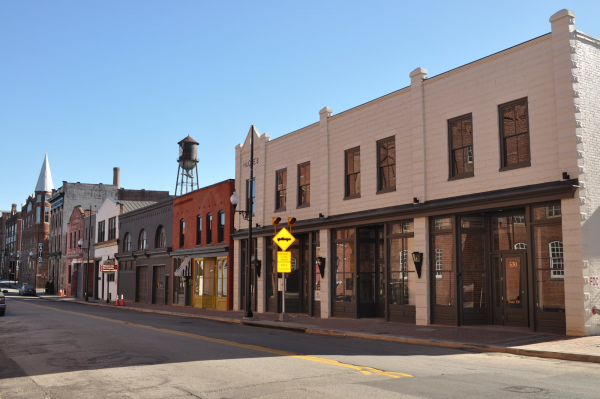 Rick Barker Properties, LLC undertook  an extraordinary multi-phased project to bring back an entire commercial block of Danville’s Tobacco Warehouse District at the 500 Block of Craghead Street.  The once deteriorated and forgotten block including the former Piedmont Hardware building, the Hughes and Venable buildings, and the Nabisco and Swift buildings, have been transformed into modern offices, restaurants, art spaces, and apartments. The project offers a prime example of success in renovating historic commercial properties and transforming blocks of once vacated buildings into vibrant city spaces. 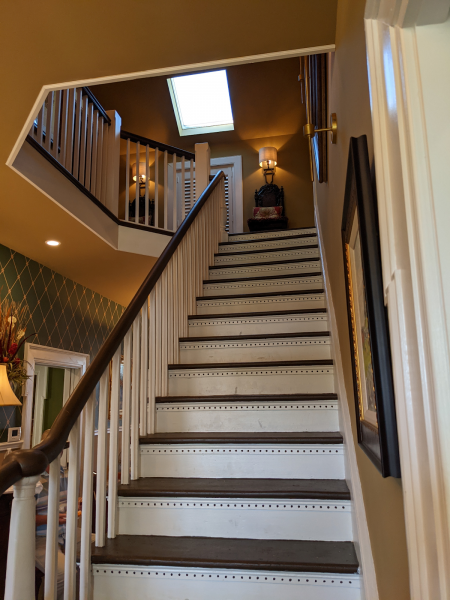 The team of Tom and Victoria Mitoraj, Paul Hardin Kapp, and Dillard Construction undertook a meticulous study of the house’s historic fabric, and extensive renovations I. C. Fowler House. Built in 1868 by George Blackley, a Bristol carpenter and furniture maker, the Greek Revival, located in the Virginia Hill National Historic District, is one of the oldest extant houses in Bristol.  The project included rebuilding and repointing foundation and basement walls; restoring the portico, its elaborate entablature, windows, doors, and clapboard walls; restoring the pine floors, mantels, trim and the Greek Revival door surrounds. New bathrooms and kitchen were also constructed so the house could be used as a vacation rental facility and enhance the local economy. 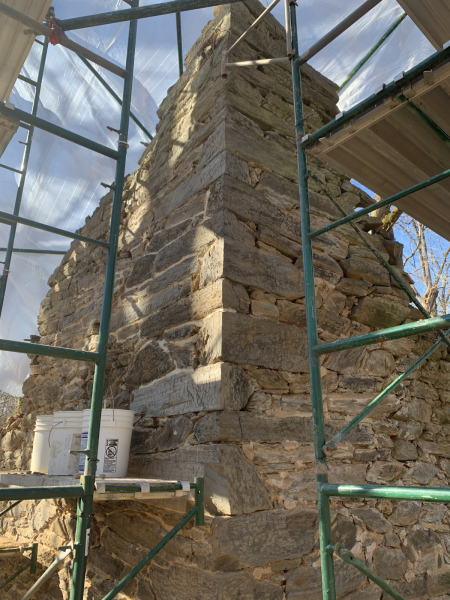 Dominion Traditional Building Group’s stonemasonry expertise, and the field of traditional trades stands out in the Shadwell Gristmill restoration.   Only sections of Shadwell’s large, water-powered grist mill’s walls and foundation remain as visible remnants of a once extensive mill operation.  Built circa 1757 by Thomas Jefferson’s father, Peter Jefferson, the walls and foundation are being meticulously restored by the Dominion Traditional Building Group using custom-made mortar based on formulas from the 19th century. The project highlights the commercial and industrial history of Virginia. Passersby walking and biking on the Old Mills Trail, adjacent to the mill, will be able to tour and imagine this active riverside commercial and industrial center as it once was.

The multi-phased renovation of St. Andrews Catholic Church, an iconic landmark overlooking downtown Roanoke, is the remarkable result of the team of architects, contractors, consultants, and the owner.  The church was built in 1902 to serve the first Roman Catholic congregation in Roanoke and is a fine example of ecclesiastical Gothic Revival architecture. The impressive sanctuary has housed worshippers from many ethnic backgrounds dating back to Roanoke’s origin as an industrial railroad center. 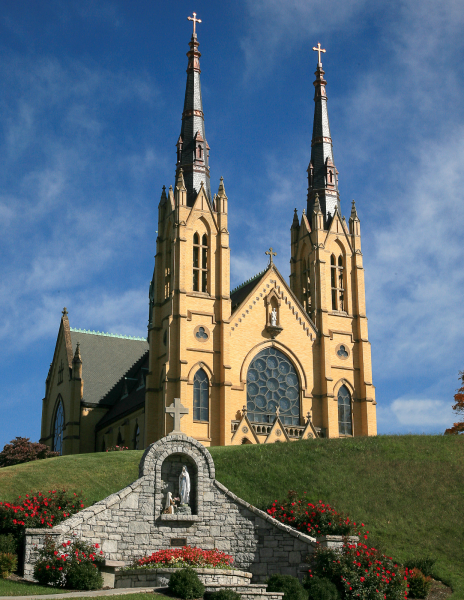 The multi-phased renovation project included s $2.5 million reconstruction of the iconic steeples, replacing the slate roof with its copper detailing, repairing the exterior masonry walls, and restoring the interior of the sanctuary with its decorative painting and marble flooring.  The project is a wonderful example of a dedicated and meticulous restoration effort, which also emphasizes the importance of preserving older religious properties for congregations and communities.

Recognizes an individual or activity that has made a significant contribution to the preservation of historic resources in Virginia. Examples might include an effort to save a significant structure, advocacy on a critical issue, or the formation of a local group.

As a practicing architect, Joseph Dye Lahendro has brought his skill and expertise to structures across the Commonwealth including Preservation Virginia’s John Marshall House, Cole Digges House and the first rehabilitation and expansion of the Historic Jamestowne Research Center.  Most notably, he served as preservation architect at the University of Virginia. 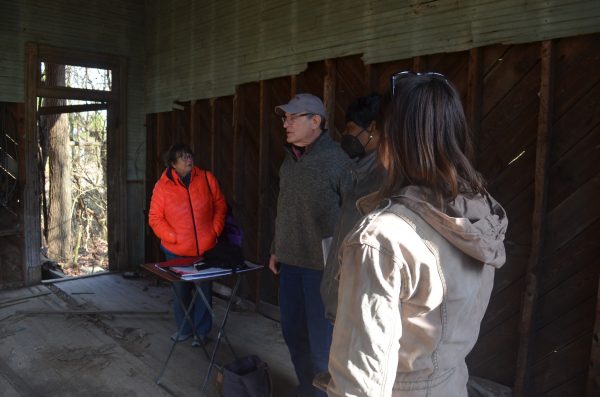 After retiring, he brought these talents and enthusiasm as chair of the Board of  Historic Resources. However, it is his recent numerous volunteer efforts to provide invaluable architectural, preservation, and grant support to many preservation organizations in Virginia that distinguishes Mr. Lahendro’s achievements. He has donated his time to consult at sites including the First Baptist Church, Charlottesville, St. Johns Rosenwald School, Albemarle County, Pine Grove Rosenwald School, Cumberland County, and numerous other African American schools and churches across the Commonwealth.

The Montpelier Descendants Committee is the first independent, descendant-led organization to establish itself as an equal co-steward of a major historic site in America.  Through its work on a series of public programs, events, and research MDC has  helped restore the narratives of enslaved Americans at James Madison’s Montpelier and other Virginia plantation sites. 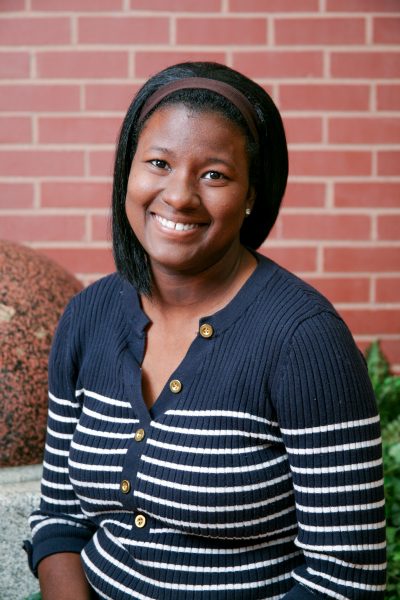 Drawing on extensive experience in community outreach in Manassas and Prince William County, Kisha Wilson-Sogunro organized the efforts at the Jennie Dean Memorial at the site of the Manassas Industrial School for Colored Youth in Manassas City. Ms. Wilson-Sogunro successfully wove together business, community groups, and interfaith organizations into a project that channeled local youth and adults and emphasized community leadership and stewardship.

Recognizes an individual who inspires others by their commitment, leadership and vision for helping instill a historic preservation ethic in others. 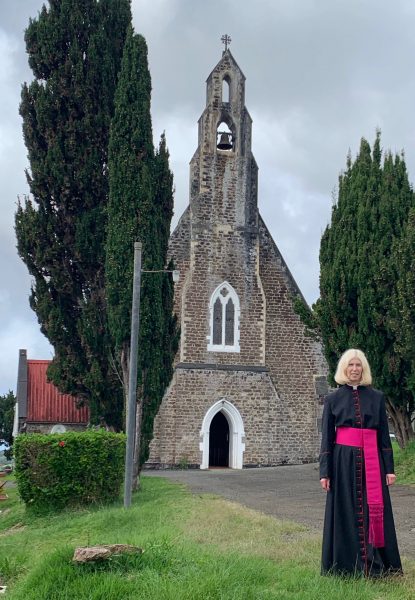 Dr. Betsee Parker’s leadership in preservation efforts is well known and include the meticulous restoration of the historic Huntland Estate and Farmer’s Delight Estate in Loudoun County; her donation of the old General Store to the Unison Preservation Society; her donation of the historic Allen House in Middleburg to the Middleburg Museum Foundation; her leadership in developing and funding the National Register of Historic Places nomination for the Upperville Colt & Horse Show Grounds.  Embracing opportunities to motivate and inspire, her many other generous local, national, and international philanthropic efforts have resulted in the preservation and reuse of historic places. 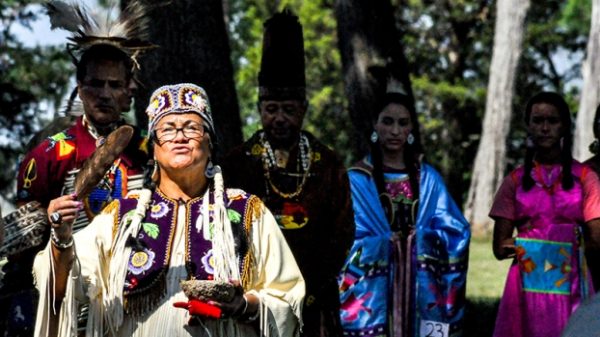 As the first woman Chief to lead a tribe in Virginia since the 18th century, Chief Richardson  has worked tirelessly to preserve and educate the public on the history, culture, and traditions of the Rappahannock Indian Tribe and tribal nations in Virginia.  She is committed to ensuring that Rappahonnock tribal youth know and understand their history and traditions.  Under her leadership, the Tribe received federal recognition and recently reacquired tribal land. She has worked with state officials to support preservation initiatives, including the recently formed Virginia Black, Indigenous, and People of Color Preservation Fund. 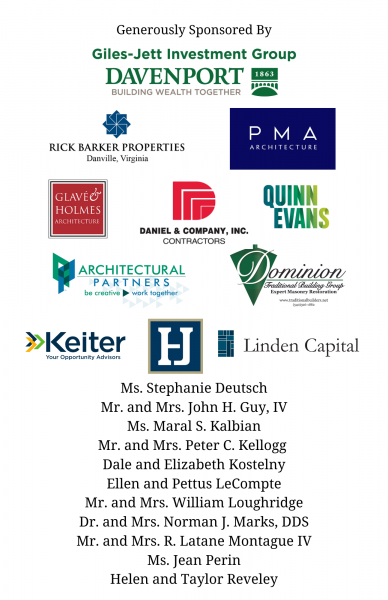 A huge thank you to our sponsors who made our Awards Ceremony possible!