For more than six years, Preservation Virginia, the National Trust for Historic Preservation and a coalition of local, state, regional and national organizations have worked to protect the cultural landscape of the James River from Dominion Energy’s massive transmission line project. This landscape is a place that is rich with historic and natural resources that are important to telling America’s full history, including Jamestown Island, the Colonial Parkway, Carter’s Grove National Historic Landmark and the Captain John Smith Chesapeake National Historic Trail. Despite immense opposition from the nonprofit organizations, two federal agencies, and the public, the Army Corps of Engineers issued a permit to construct the project in July 2017 without full compliance with the National Environmental Policy Act (NEPA) and the National Historic Preservation Act (NHPA).

Preservation Virginia and the National Trust for Historic Preservation challenged the Army Corps’ permit in federal court.  On March 1, the U.S. Court of Appeals for the D.C. Circuit ruled that the Army Corps of Engineers failed to follow the federal legal requirements in deciding to permit Dominion Energy to build a massive power line and 17 towers across the James River near Jamestown. The court vacated Dominion Energy’s permit and directed the U.S. Army Corps of Engineers (ACOE) to prepare an Environmental Impact Statement (EIS).

For five years we maintained that an EIS was required under NEPA to ensure the exploration of alternatives that would deliver power to the Peninsula and protect the historic integrity of the James River.  We also insisted that as a National Historic Landmark, the impacts to Carter’s Grove needed special analysis.

The U.S. Court of appeals agreed.  They cited that a number of federal agencies, as well as the public, had raised objective concerns about the negative impacts to the historic integrity of the river designated by Congress as “America’s Founding River”. Further, they found the ACOE’s assessment lacking and in need of further study.

Of equal importance, this decision ruled for the first time on the applicability of Section 110(f) of the National Historic Preservation Act to projects that would cause visual effects. This section of the law requires federal agencies to take extra care to minimize harm to landmark properties. ACOE had argued that Section 110(f) did not apply to this project, because the impacts to the landmark were visual.  In its ruling, the Court determined that Section 110(f) applies when a project is the “direct” cause of impacts, including visual impacts such as the transmission lines. This means that federal agencies and State Historic Preservation Officers nationwide have case law stating that Section 110(f) applies to visual effects for the very first time. 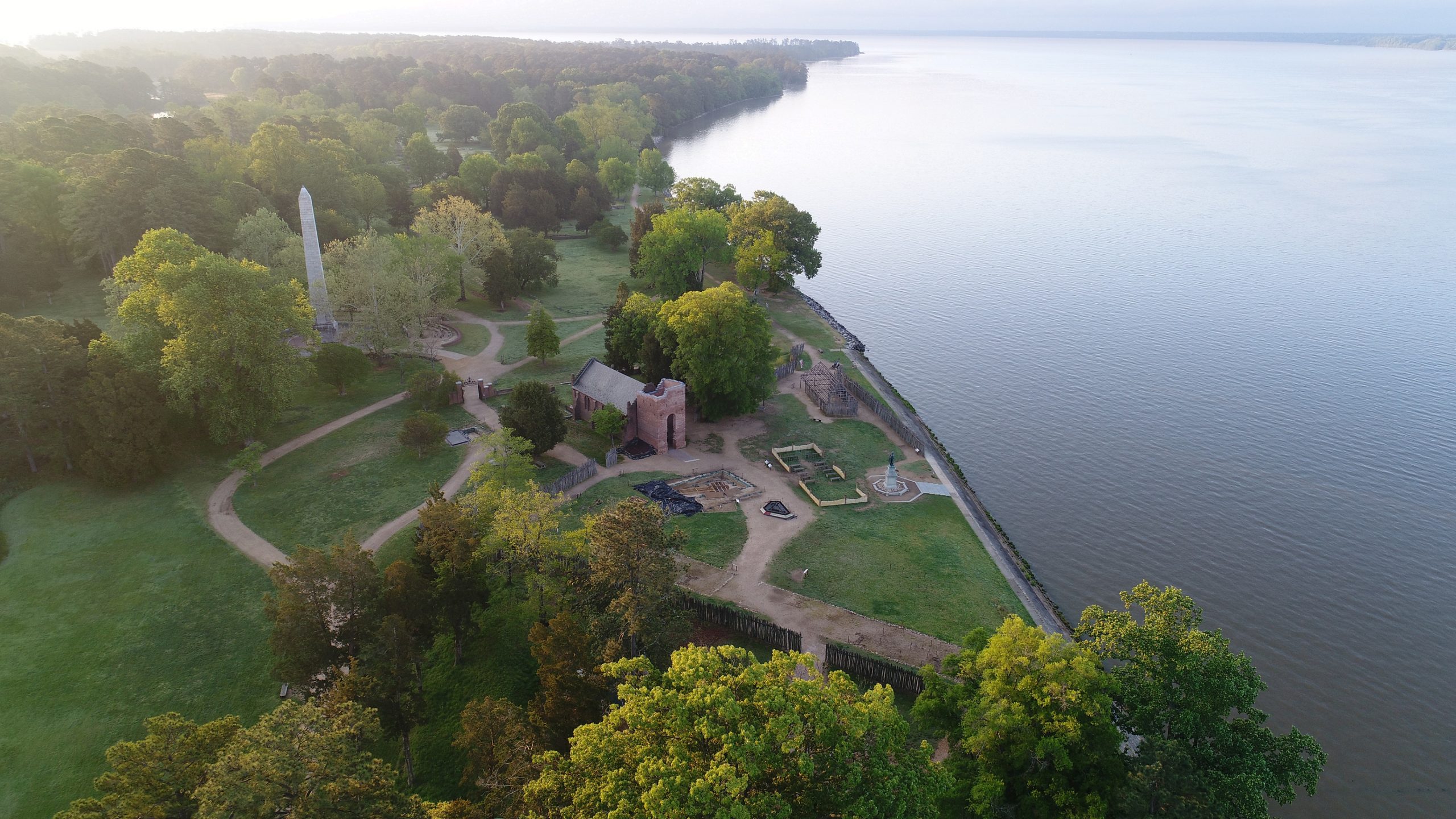 Where are we now?

The James River Needs Your Support–Again

The Army Corps released its Draft Environmental Impact Statement (EIS) for Surry-Skiffes Creek, the massive transmission project that harms the once nearly pristine landscape of the James River. Unfortunately, the Draft EIS rubber stamps the same tired assumptions and does not consider information provided by the National Trust and the National Parks Conservation Association.

A fair and unbiased review will identify an alternative that will deliver the necessary power to the Peninsula, remove the transmission line and return the historic integrity to America’s Founding River.

Preservation Virginia is calling on the Army Corps to fulfill its legal obligations and independently to:

-Evaluate and verify the purpose and need for this project.

-Analyze the true costs including the known costs of the mitigation.

Sign on by February 11, 2021 to help return the historic integrity of the James River.